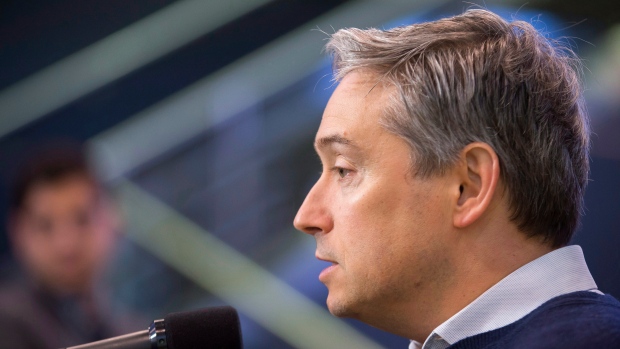 OTTAWA – Infrastructure minister François-Philippe Champagne said national security should be the first to decide whether to allow Huawei Technologies to participate in the development of Canada's 5G telecommunications network.

In an interview, Champagne says Canada needs to be cautious and rely on the contribution of its intelligence services before deciding whether the Chinese company should be involved in the next generation mobile network.

Former security officials in Canada and two members of the US Senate Intelligence Committee have warned that Huawei's involvement could jeopardize the security of Canada and its closest allies.

Huawei points out that it is not a state-controlled enterprise and refuses to engage in intelligence work on behalf of any government.

Champagne says that listening to the allies is part of the review process, but he has full confidence in Canada's intelligence officials to provide the best advice to the government.

He is not discussing a timeline for the decision, noting that the process is very important to speed and cut costs.