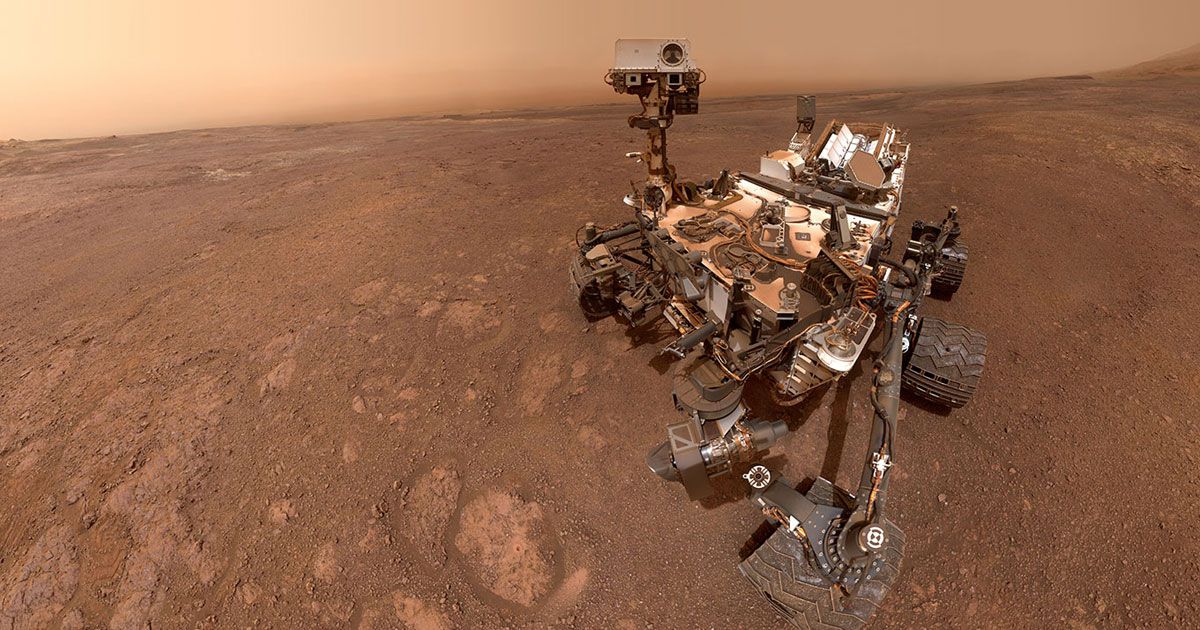 NASA's Curiosity rover, which landed on Mars in 2012, camped at Vera Rubin Ridge – a wide mountain range overlooking the Gale Crater of the Red Planet – since September 2017.

But he is finally ready to say goodbye and descend to a clayey area of ​​Mount Sharp, a huge mountain that rises 5,500 m above the crater floor.

To commemorate the moment, Curiosity drew 57 images that scientists later composed in a selfie – one of the most beloved movements of Curiosity.

Curiosity also drilled the floor of the Ridge 19 times to prove the surface.

The "clay unit" of Mount Sharp, as the NASA Jet Propulsion Laboratory calls it, lies south of the Vera Rubin mountain range and will become Curiosity's newest laboratory. The clay may contain important clues about the history of the Gale crater – scientists suspect it may be a dry lake.