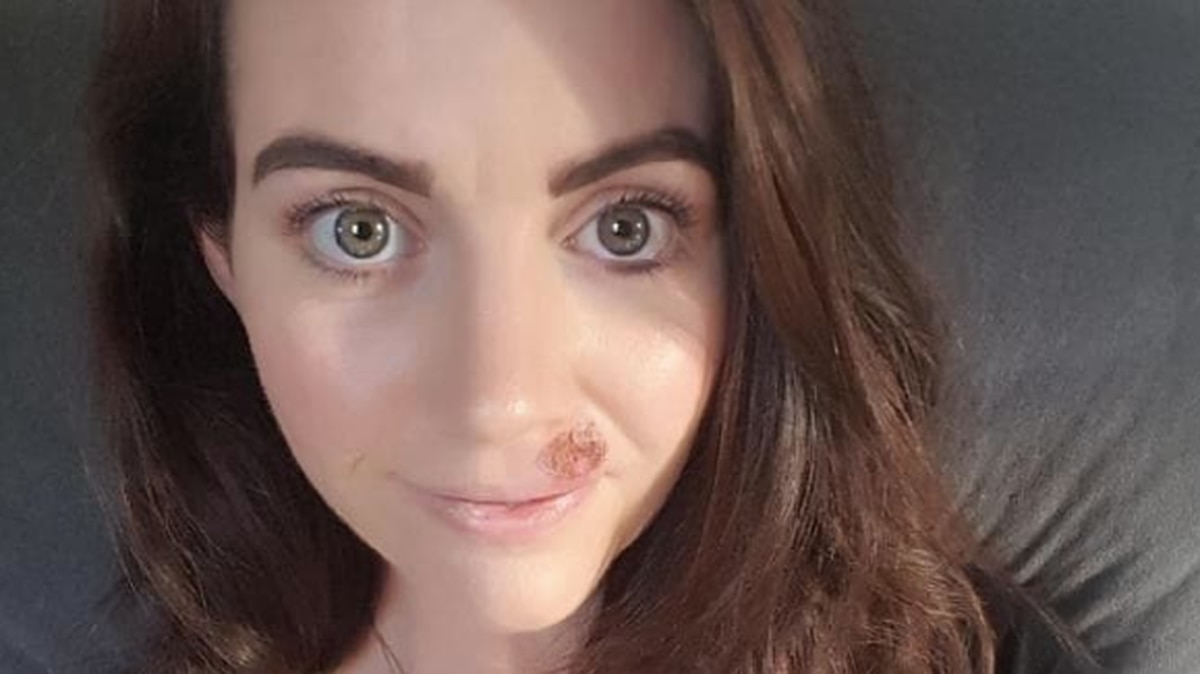 Once upon a time, Jess Pasco probably would have ignored the little spine under his nose.

When he disappeared, but left a small patch of dry redness behind, the 32-year-old man may not have thought much about it.

But her experience of clashing with melanoma just a year earlier meant that she went to the doctor to examine it, just to be sure.

"A year before, I would not know what you should look for," Pasco told news.com.au.

"Like most people, I thought skin cancer was just a black mole. If I was not as aware as I am now, I would not have thought of it and ignored it."

Left for a long time, it could have evolved into a much more aggressive cancer and eventually spread throughout the body.

She took it early, but it was far from a walk in the park to the Perth public servant, who reacted to the treatment process.

"When you have a skin cancer on your face, cutting it is not really preferable. It can leave a very large scar." So I received this cream for eight weeks which basically causes your immune system to attack the cancer.

"I had a serious reaction.It was a huge wound – much bigger than the cancer itself.It was really red, painful, full of pus.I had this for probably four months."

As uncomfortable as that has happened and for all the questions, Pasco said it was much better than the alternative.

Just 12 months before, she was on her GP for a checkup when she decided to ask him about a strange-looking mackerel on his leg.

"I was living in Melbourne for a while before and I noticed a mackerel that grew and changed color, but I really did not do anything about it.

"The doctor told me that if I was worried, I could cut it out there and then. I had a few stitches, but they did not take it off, which is apparently a sign of cancer."

The biopsy results revealed that it was a melanoma level three, the stage before it spread to other parts of the body, and would have to be completely removed.

Skin cancer rates in New Zealand and Australia are the highest in the world, about four times higher than in Canada, the United States and the United Kingdom.

"It can be a sore, itchy, scaly skin, tenderness, a strange mackerel, a pint that changes size or color … there are a lot of signs," said Sally Phillips, an insurance specialist of life. .

"We know we have to do preventive things – the slip message, slop, slap – but I think the message has to be more about early detection.

A survey commissioned by TAL revealed that only 36 percent of people had a skin exam in the past 12 months, while 30 percent never had one.

Research suggests that two in three New Zealanders will develop non-melanoma skin cancer during their lifetime.

"Our research has shown that people think it's a difficult thing to do and they do not know where to go. Perceived cost is a problem for some," Phillips said.

There is also the perception that getting a check is time consuming or inconvenient.

"But really, it's a 15 minute appointment and it's so easy."

"There are things we can do to ourselves, such as facing a mirror once a month for 10 minutes and getting to know our skin. And once a year, you should seek a general practitioner or skin cancer clinic for a complete verification. "

The survival rate for early-stage melanoma is 98 percent, but that number drops to less than 50 percent in stage four of skin cancer.

"Fifteen minutes can save your life and save you a lot of suffering as well."