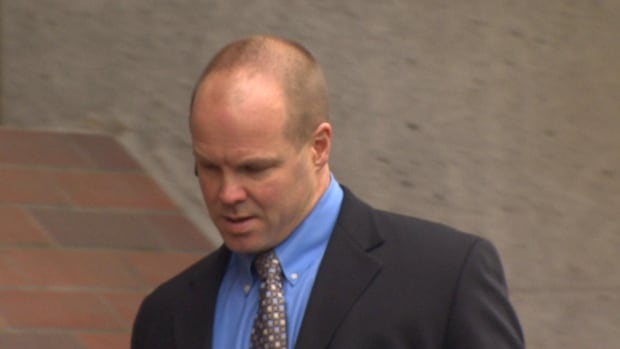 An RCMP senior officer assigned to the most dangerous gangster shooting in BC The story had an alcohol-fueled month-long sexual affair with a major important witness in the case covering several provinces in hotel rooms paid for by force.

Then sergeant. Derek Brassington described it when he apologized during a hearing that revealed details of the relationship earlier this month.

"I treated her as a girlfriend," said the former officer through sobs in B.C. Supreme Court.

Brassington admitted having spent several dozen nights with her in hotel rooms paid for by the RCMP, getting drunk and having sex during the case in 2009. Then, 39, the former sergeant took the witness to bars and strip clubs during the nights together .

He lied to hide his relationship from most of his colleagues, but told the court that the others were well aware after a while – and at least once, they actively participated in the debauchery.

Brassington is one of three police officers convicted of misconduct in this month's investigation. Two others admitted they knew of his case and did not report during their own hearings on Wednesday.

The officers – Brassington, ex-sergeant-sergeant. David Attew and Cpl suspended. Danny Michaud – were charged with misconduct in 2011. They have pleaded guilty in separate hearings this month. 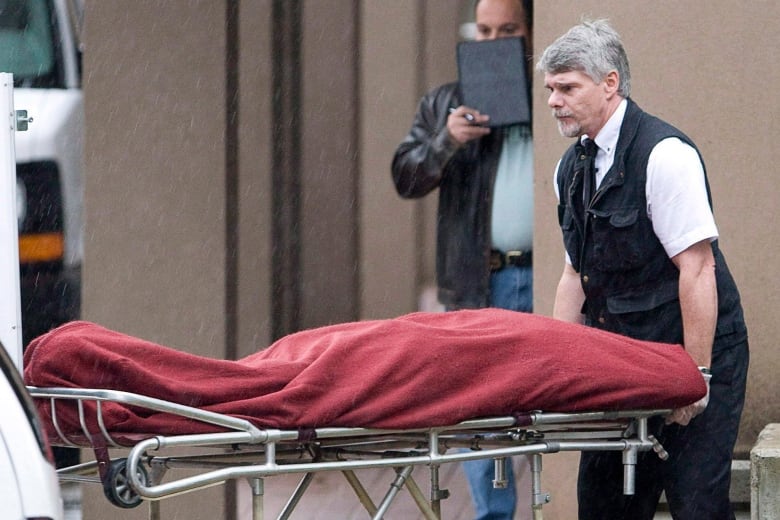 A body is loaded into a van after a multiple homicide in Surrey, BC, on October 21, 2007. Five people were convicted in connection with the Six Surrey murders. (Jonathan Hayward / Canadian Press)

Details of the behavior were a mystery for most of a decade, but details were revealed during his hearings. Those lawsuits were initially protected by a publication ban, but parts of that ban were rescinded Wednesday afternoon following a challenge from CBC News and Global News.

Surrey Six's investigation continued and resulted in five convictions for murder, despite police conduct, but the court heard the credibility of police officers as spotting investigators, and hours of police work needed to be redone.

During the hearings, the men also touched on what they were thinking at the time. Two said they were not thinking clearly, harmed by the stress and trauma of their work as major investigators in high profile cases at one point beyond reason.

In short, as Brassington would tell the court through her tears: "I sold my soul for it."

They were working on the Surrey Six file, a colossal investigation launched after six men were shot dead in a Surrey highrise on October 19, 2007.

Attew and Brassington were principal investigators appointed to testify to the management, with Attew as Brassington Superior. Michaud worked in exhibitions.

Brassington pleaded guilty to breach of trust and compromise in the integrity and safety of a witness involved in the mass murder investigation on Jan. 18.

He did this, in short, dating her for about six months. 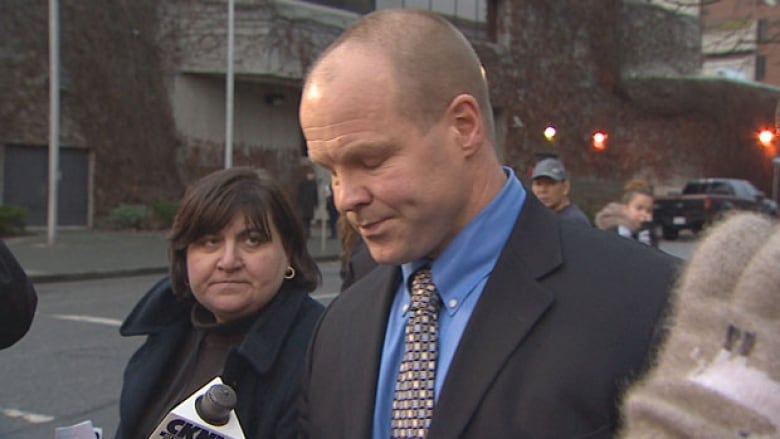 "I treated her like a girlfriend," Brassington told the court through sobbing after her sentence. "I did not want to fall in love with her."

Brassington met the witness on June 6, 2009. She agreed to cooperate as a witness the following month.

Brassington, a muscular man described by colleagues as an "all-star" investigator, wrote a report explaining how the witness would be crucial to the investigation and was assigned to administer it in the witness protection program.

In order to keep witnesses on board and keep them out of gang life, the Crown explained, it was necessary for RCMP officers to stay in touch as civilians settled into their new secret houses – which sometimes meant flying to visit them. pairs.

At first, Brassington took the witness back to his hotel room after his partner went to bed during these trips. They would spend the night together before he returned to his own room in the morning, undetected.

Then they became audacious, and the public outlets for bars and strip clubs began.

Brassington also admitted sexual activity with a third witness on one occasion.

Relationship of officer with suspect's girlfriend

Brassington and Attew were also assigned to manage another witness, identified in court documents as Person X.

Person X confessed to his girlfriend that he was involved in the Surrey Six shootings. She encouraged him to turn himself in to the police, and both were recruited into the witness protection program.

It was Attew's job to ensure their continued cooperation, especially by ensuring their girlfriend's trust. 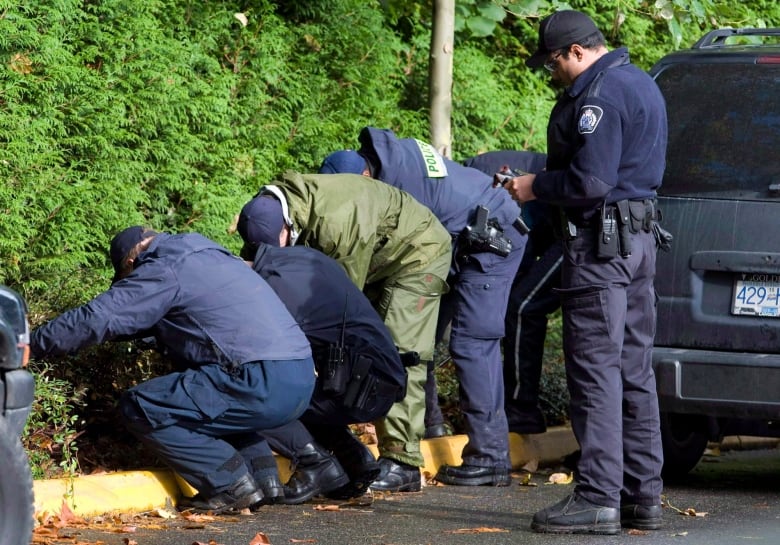 In April 2009, Brassington and Attew visited Person X's girlfriend in their new home. They got drunk in a bar and stayed until closing.

Later, Attew went alone to his girlfriend's hotel room. They ended up kissing, with Attew touching her clothes, but she rejected him when he tried to go further.

Court heard that person X almost attacked the police after he discovered what Attew had done, risking his role as another important witness. He would eventually continue to cooperate with the investigation.

Brassington and Attew once took Brassington's clandestine girlfriend to the bar where Person X's girlfriend worked. They spent $ 800 on alcohol that night, with Brassington's witness sitting on his lap in front of his superior officer.

Attew, whose marriage ended largely due to the scandal, pleaded guilty to failing to maintain law and order in B.C., unlike the RCMP Act, on Tuesday. He was sentenced to six months of house arrest with conditions.

Another revelation of the sentencing hearings was that both Brassington and Attew were working on the Dziekanski investigation, as well as the massive Surrey Six case.

Robert Dziekanski, a Polish immigrant to Canada, died after being robbed by RCMP police at Vancouver International Airport on October 14, 2007 – five days before the Surrey murders.

Dziekanski's investigation put the force under enormous scrutiny, and Brassington told the court that he saw the murder case as a chance for redemption.

"Instead of restoring public confidence and faith in the RCMP, I killed her," he told the court through hiccups during an apology.

"I'm sorry for everyone in this country that expects the police to do what's right."

Brassington's case ended only when someone told the RCMP what was happening in the winter of 2009. He and his wife would later divorce, and he left the family home he shared with his children.

The force asked the Ontario Provincial Police to investigate in February 2010. Michaud, the third accused officer, pleaded guilty to lying when asked if he knew about the case.

He was sentenced to three months of house arrest for the same offense as Attew on Tuesday.

Brassington was sentenced to less than two years under house arrest under conditions.

Five people were convicted in connection with the Six Surrey murders.