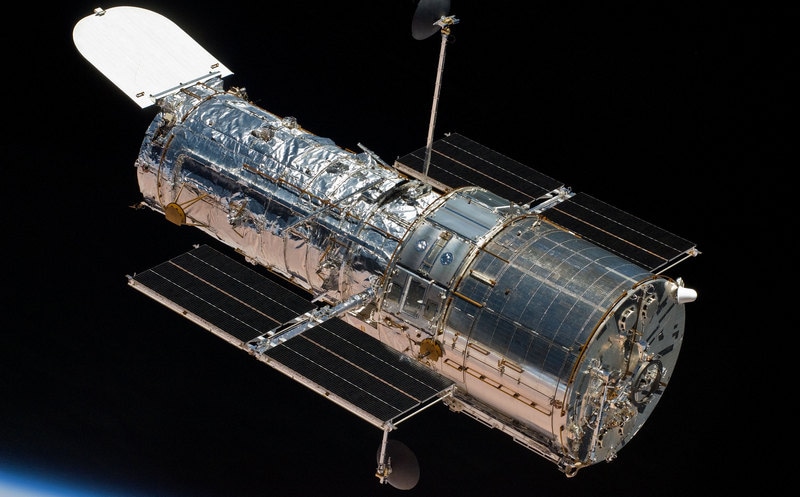 Engineers at the Massachusetts Institute of Technology (MIT) have proposed that in the near future giant telescopes like NASA's James Webb Space Telescope could be replaced by a large number of tiny spacecraft working together.

In an attempt to study planets beyond our solar system, NASA engineers are developing designs for next-generation space telescopes. These include "segmented" telescopes with multiple small mirrors that could be mounted or unrolled to form a very large telescope once thrown into space.

To keep these mega-telescopes stable, the MIT team said small satellites can track and act as "guide stars" by pointing a laser to a telescope to calibrate the system to produce better, more accurate images. distant worlds.

Using laser light from the second spacecraft the size of a shoebox to stabilize the system, it relaxes the demand for precision in a large segmented telescope, saving time and money, and allowing for more flexible telescope designs, they explained.

"The study suggests that in the future we could build a somewhat flexible, somewhat less intrinsically stable telescope, but use a bright source as a reference to maintain stability," said lead author Ewan Douglas. postdoctoral student at MIT.

"If the imperfections in the telescope's engine or gears were making your telescope crawl a little faster or slower, you could observe your star guide in an eye sight, and slowly keep it centered while you take a long exposure" , he added. article published in the Astronomical Journal.

Douglas noted that a single guiding star could follow the "look" of a telescope, traveling from one star to the other while the telescope changes its observation targets.

However, that would require the smaller spacecraft to travel hundreds of thousands of miles paired with the telescope at a distance, while the telescope repositions itself to observe different stars.

Instead, a small fleet of guiding stars could be deployed, accessible and spaced in the sky to help stabilize a telescope while analyzing various exoplanet systems, Douglas said.

The study also showed that the new laser guide star designs are feasible with existing technologies and that the system could fit entirely within a SmallSat the size of a cubic foot.