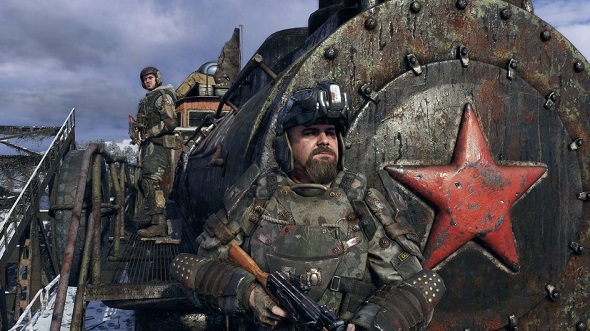 January 30, 2019 Metro Exodus will return to Steam and other platforms after completing its exclusivity period at the Epic Games store.

Metro Exodus will be launched as an Epic Games exclusive store, but this exclusivity is timed – it will eventually return to Steam. You would be forgiven for not noticing this, as the fact is deeply buried in an FAQ attached to an official press release, but provides a date for when to expect the game. "Metro Exodus will return to Steam and other store fronts after February 14, 2020."

Technically, this may mean any date from February 15, 2020 until the end of time, but it is more likely to be exactly one year after the date of launch of the Metro Exodus. This type of press release is typically the domain of the journalist's email inboxes, but you can see a web version on Gamasutra. Curiously, the FAQ on the official site covers some of the same points, but does not mention the exclusivity being timed.

All existing Steam pre-orders will be honored, and "Steam owners will be able to access the game and any future updates or DLC" without any problems. The game will be available for a small discount in North America through the Epic Store, with a $ 49.99 / £ 49.99 / € 59.99 release.

In a message posted on the game's Steam page, Valve says "We think the decision to remove the game is unfair to Steam customers, especially after a long pre-sale period. We apologize to Steam customers who were expecting them to be available for sale until the release date of February 15, but we have only recently been informed of the decision and given a limited amount of time to let everyone know. "

Since the Exodus will arrive on February 15, the PC version of the game will be on sale "exclusively through the Epic Games store". Deep Silver CEO Klemens Kundratitz says the store's 88/12% revenue share is "a game changer," which probably impacted the publisher's decision.

Kundratitz also says that "by joining Epic we can invest more in Metro's future," potentially suggesting that a continuation of Exodus is at stake. It's early on that front, of course, but it's encouraging to know that another game might be a possibility.

The move follows that of Ubisoft, which recently confirmed that The Division 2 will also launch in the Epic store, abandoning its launch on the Valve platform. The company also said more of its games will be released by Epic, with "additional titles selected" to be announced later this year.

Related: Here are the requirements of the Metro Exodus system

As mentioned above, the Aurora crew will be leaving the Moscow station relatively soon, and you can get your hands on the Metro Exodus in a couple of weeks – you might want to make sure you have the Epic store installed before you, however .