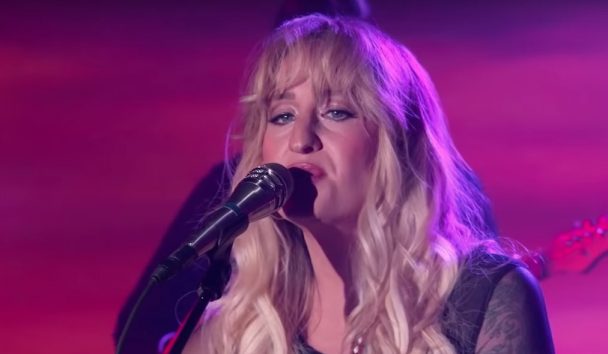 Country-rock Margo Price has two albums in the back of her career, and the second of those albums, All made American, left in October 2017. This weekend, Price is ready for a Grammy for Best New Artist. I do not know dude. You find out. But at least the Grammy nomination gives Price a chance to adapt to late-night TV, even when the entire album's promotional cycle should be long. And that's what she did last night. Jimmy Kimmel Live.

Price was the musical guest of the night in Kimmel, and she performed the All made American track from the album "Cocaine Cowboys". "Cocaine Cowboys" is not about the 1980s bosses who drove drugs on motorboats off the coast of Florida. Instead, it's big-city types that need chemical enhancement to make their best approach to arrogance: "Cocaine cowboys, they never sleep / They're in the bars, and they're gritting their teeth / And I Wish Somebody warn me, stay away from them, cowboys of cocaine.

In the program, Price rocked the song, extending it to eight minutes with a rigid instrumental jam at the end. In the middle of the song, Price lowered the guitar and stood behind a second drum kit on the back of the stage, reinforcing the already considerable groove. Check below.

All made American is now out in the third man.