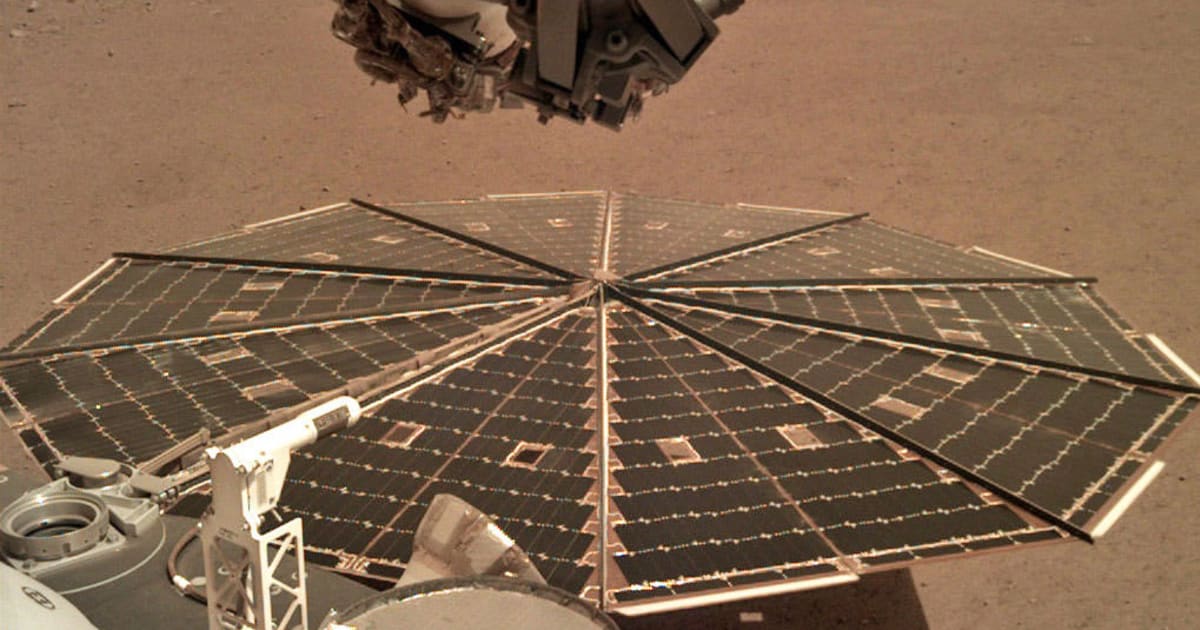 #MarsI hear you and I feel the good vibrations left by the Martian winds. Take a look at the #SoundsOfMars I caught. (I.e.
More about https://t.co/auhFdfiUMg pic.twitter.com/shVmYbfHRs

"The InSight lander acts like a giant ear," said Tom Pike, who is part of InSight's scientific team. "The solar panels on the sides of the probe respond to fluctuations in the pressure of the wind, it's as if InSight is putting its ears and hearing the wind from Mars beating it." When we look at the direction of the probe vibrations coming from the solar panels, expected wind direction at our landing site. "