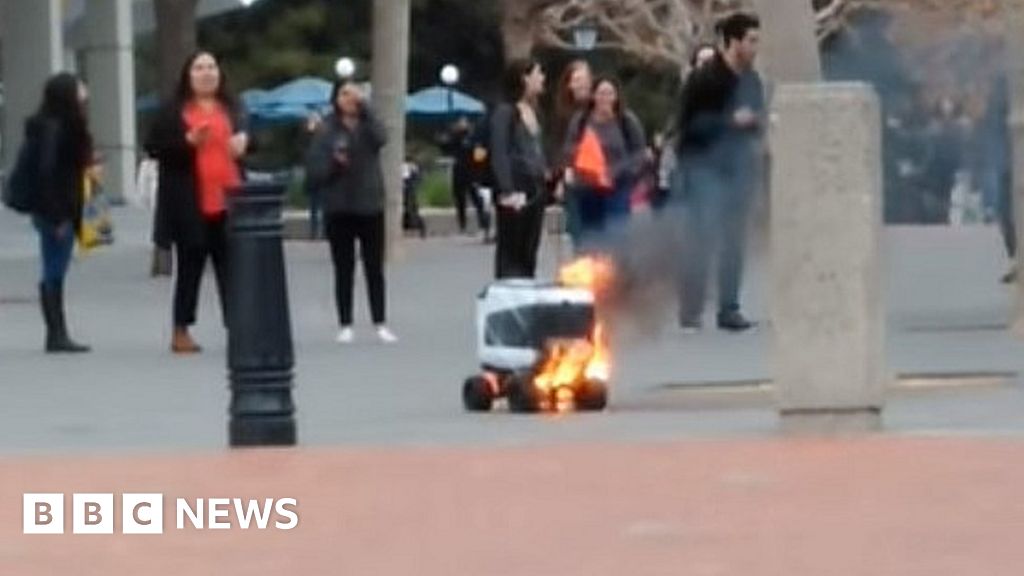 A food delivery robot was destroyed after it caught fire because of "human error," its creator confirmed.

Kiwibot's freestanding delivery robots have been circulating on the campus of the University of California at Berkeley for two years.

On Friday, students found one of the burning robots and shared photos on social networks.

Kiwi said the cause was a "faulty battery" that was accidentally installed in the robot.

"One of our robot's idling batteries began to burn, eventually leading to smoke and small flames," the company said in a statement.

"A member of the community acted quickly to extinguish the flames using a nearby fire extinguisher."

It's not the first time robots go wrong. In 2017, a security patrol robot "drowned" when it fell into a fountain. In December 2018, a robot in an Amazon warehouse accidentally pierced a can of bear repellent, injuring human workers.

After discovering the California fire, Kiwi suspended all of its vehicles and hand-delivered food orders.

The company said it would introduce measures to ensure that the "rare occurrence" did not happen again.

"Kiwi has put in custom software that will closely monitor the state of each battery," the company said.

Kiwi was founded by Felipe Chávez, who moved from Colombia to Berkeley to found his company.