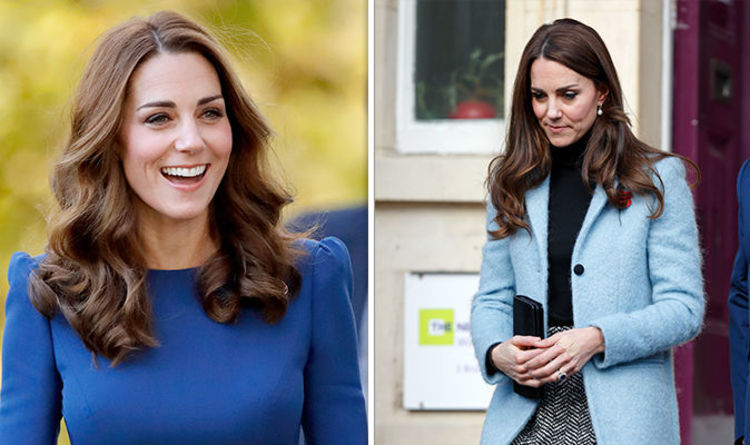 Kate Middleton is married to Prince William, with whom she has three children.

Kate is known for her wonderful style and her infallible elegance while performing public tasks.

But sometimes she's caught with a less glamorous accessory – but why?

The Duchess of Cambridge is often spotted using a plaster in her hand to cover up small wounds.

Most recently, she was seen in a sport when she accompanied her husband to the Tusk Conservation Awards in London this month.

It was on the middle finger of his right hand, and although he tried to hide it, it was clearly visible.

It is far from the first time that the Duchess was seen with the protective cover.

In December 2016, she was seen wearing a cast on her left thumb while attending the Christmas service at St. Mark's Church in Berkshire.

In November of the same year, she had a large plaster on the left hand body when she visited the Nelson Trust Women's Center.

By August 2016, she had a plaster cast on her right thumb – visible as she waved to her admirers.

According to the Daily Mail, Kate has been using plaster in public since 2008, three years before marrying Prince William.

When Buckingham Palace was asked in 2016 about the presence of a plaster, they said: "We have no comments on the plaster," reported The Mirror.

However, it is most likely that Kate will receive as many cuts and scratches as the average mother-of-three.

Unlike most UK mothers, Kate employs a nanny to care for her children.

The little princes and princesses are attended by Maria Borrallo, of Palencia, in the north of Spain, who trained in the prestigious Norland College.

Writer Louise Heren, who co-authored a book on nannies Norland and spent a year in college making a documentary on TV, said that Mary would earn about £ 38,000 a year as an aid to Kate and William's growing brood. were trained not to impose strict rules.

She is expected to have agreed to a regular schedule of bath time and bedtime for the children with the Duke and Duchess of Cambridge.

William and Kate confronted Mary in 2014 to replace Jessie Webb, William's former nanny who was taken out of retirement to help the couple after George was born.

Mary enjoys a private area of ​​Kensington Palace including a bedroom, living room, kitchenette and bathroom.