Italy 3-66 New Zealand: All Blacks beat with 10 goals in Rome 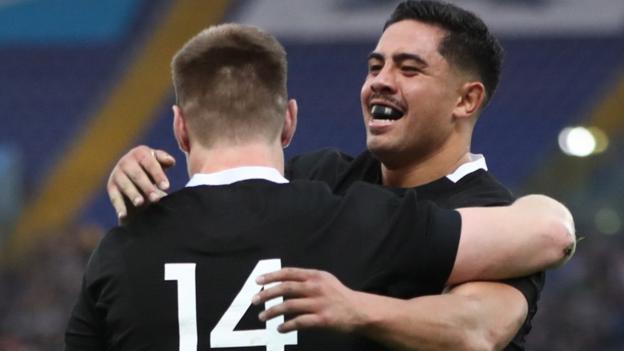 World champion New Zealand has recovered from last week's loss to Ireland with a convincing win against Italy.

All Blacks, defeated 16-9 at Aviva Stadium last Saturday, made 10 attempts at the Stadio Olimpico in Rome.

Jordie Barrett scored four of those attempts, crossing twice on each side of the interval while Damian McKenzie took advantage of three goals.

New Zealand coach Steve Hansen has hired only four players from the starting team who lost to Ireland as the All Blacks ended their Northern Hemisphere tour in the autumn in style.

It was the 15th defeat in all encounters with the All Blacks for Italy, for whom Tommaso Allan was the target with a penalty.