How will Doug Ford change the health care system? Here are some answers 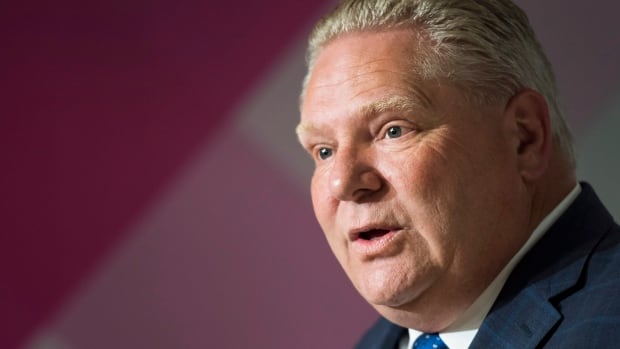 Increasing the number of beds in the Ontario health system will not solve the problem of hospital overcrowding alone, says a report that will shape the reforms of Premier Doug Ford.

The report, officially released on Thursday, comes from the Health Improvement Council and Ending Hallway Medicine, a panel of 11 high-level administrators who is led by a close ally of Ford.

The report, published Thursday morning, also says many patients are going to hospital emergency rooms for conditions that could be treated elsewhere.

Although the report says that the province "may not have the adequate number of hospital beds or long-term care to meet the population's health needs," it does not advocate an increase in the number of beds.

"Simply adding more hospital beds or long-term care to the system will not solve the health care problem in the corridors in Ontario," says the 32-page document. 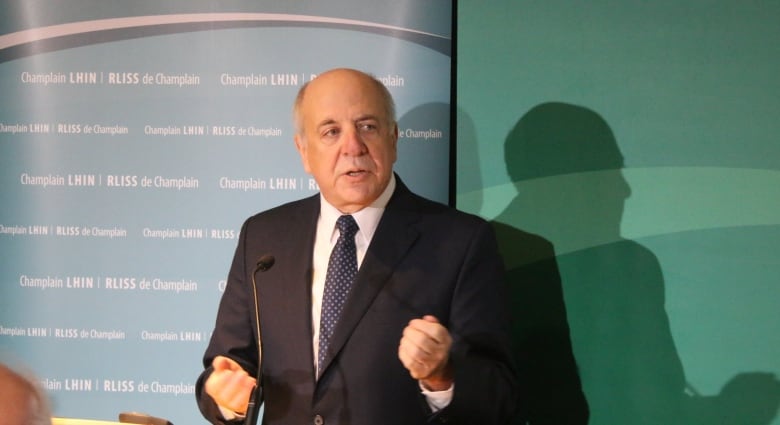 Dr. Rueben Devlin is the former CEO of Humber River Hospital, former president of the Ontario PC Party and a close confidant of Ford. He was appointed special adviser on health care the day Ford took office. (Algonquin College / Twitter)

He says hospitals are not using existing beds as efficiently as possible and describes the "inadequacy" of home-based care and community mental health as a crucial factor.

"There are people across the province who are spending time in hospital beds because they can not access other health care options," the report says.

"Going to the emergency room for health care that could be offered somewhere else happens frequently in Ontario, sometimes because it's the only health care facility open 24 hours a day, 7 days a week."

Although the council shows what it considers the causes of hospital overcrowding, it is not yet making specific recommendations for changes. These are to come in your next report due in the spring.

It is a safe bet that the Ford government will follow your advice. The board is led by Dr. Rueben Devlin, the former CEO of Humber River Hospital, former chairman of the Progressive Conservative Party of Ontario and a confidant of Ford. He was appointed to the post the day the Ford administration took office last June.

The report says that the lack of community-based mental health services is partly responsible for the pressure on hospitals.

"The council is concerned that patients are not able to access mental health and addiction services when they are needed most," the report said.

"Long waiting times for community treatment mean that sometimes patients' conditions worsen as they sit in line, giving them no choice but to seek emergency department care." 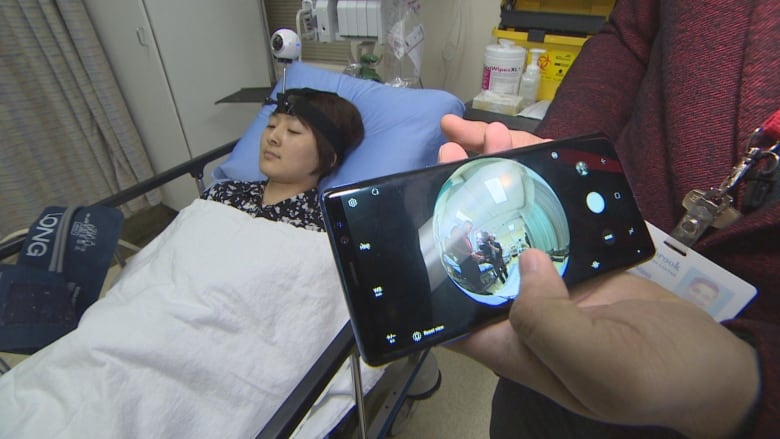 Devlin is a strong supporter of the best use of technology to improve the health care system. (Martin Trainor / CBC)

Devlin has publicly given strong clues as to where he is going with his recommendations for reform.

"We know there are problems with the health system, but how do we fix it?" Devlin told an audience at Algonquin College in a speech at the end of November. "People say," You can not improve the system, improve quality and still save money. "That's not true."

The biggest immediate challenge facing the Devlin group – and the Ford government – is hospital overcrowding.

Occupancy rates are unsustainable, Devlin said in his November speech. He pointed to the Ministry of Health's projections of the hospital's capacity, suggesting that the province needs 8,000 more hospital beds by 2028, but only 1,700 are planned.

"Will we build 6,300 patient beds, with their associated capital costs and operating costs, or will we provide a different kind of medical care?" Devlin asked.

"We need to look at where patients can be treated. If we are going to solve some of the hallway medicine problems, how can we get patients to their primary care areas instead of appearing in the emergency department?"

Devlin also questions whether it would be wise to provide 41,000 additional spaces for long-term care, which Ministry of Health projects are required to meet demand.

"Are we really going to institutionalize our older citizens?" said Devlin in November, characterizing long-term care homes as a final option. "We want to offer assistance to the people of the community, at home and wherever they may receive them, outside the institutions." 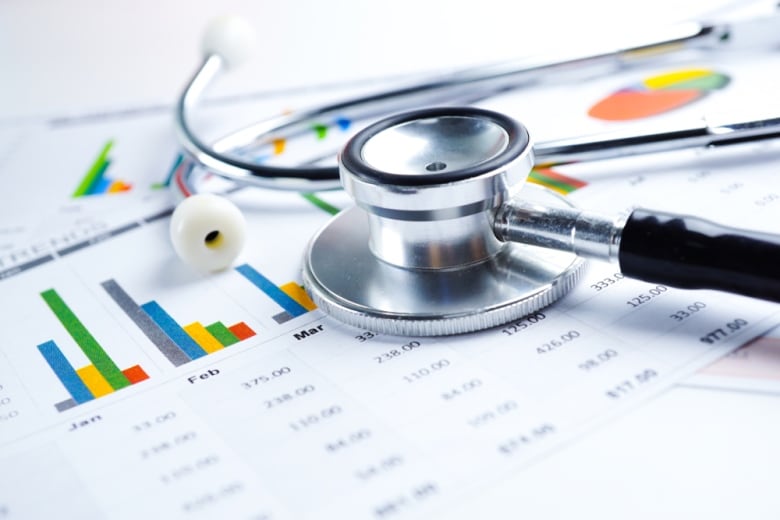 Devlin has a vision of what he calls the "Ontario Team" for the health care system. "No matter where you are, we're going to take care of you, a number to call, a website, someone who will navigate the system and make it better for you.In my head, that's where we should be today."

The use of technology to improve the system is another key issue in Devlin's approach. He expects hospital emergency departments to get the full medical history of a new patient by passing the Ontario Health Insurance Plan (OHIP) card.

It portrays a provincial command center for digital health and extols the possibilities of virtual care such as a patient checking blood pressure at home and the result transmitted online to the doctor.

Some health management organizations (HMOs) in the US provide more than half of their care virtually, Devlin told the Algonquin College audience. 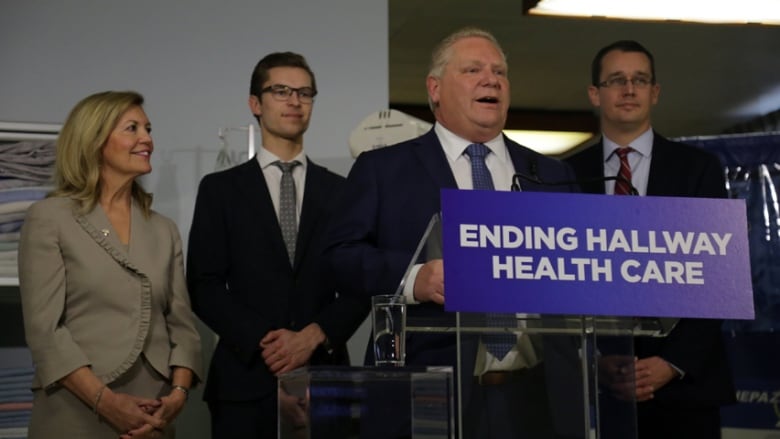 Ford promises to listen to doctors, nurses and other front-line health professionals as it prepares to reform the system. "Nothing is worse than a group of politicians telling people on the front line, be it education, health, or doing their job," Ford said. (Samantha Craggs / CBC)

Devlin wants "a Ministry of Health and an organizational structure that is agile and effective". He said that this will require "a little organizational change."

He made the statement before CBC News reported that, according to several sources, the Ford administration plans to dissolve the province's Local Health Integration Networks (LHINs).

He said he framed the challenge for his team like, "What is the future of health care? How will we deliver health care in 20-30 years?"

At a news conference on Wednesday, Ford said his government is focused on hearing from doctors, nurses and other front-line health professionals.

"We are asking for your ideas, and our job is to review those ideas and then implement those ideas," Mr. Ford said during an announcement at the Center for Addiction and Mental Health in Toronto.

"Nothing is worse than a bunch of politicians telling people on the front line, be it education, or health, or doing their job when they're doing it day after day."