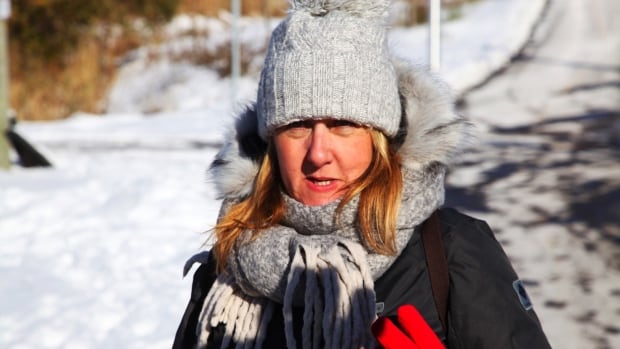 Nonprofit organizations in Gatineau and Ottawa are struggling to dress and shelter the homeless during a cold November period that brought mid-winter conditions much earlier than normal.

It looked as cold as -25C in Ottawa-Gatineau with the cold wind that night.

"There is a need for men's gloves, especially large ones," said Benoit Leblanc, director of Gatineau-based Itinérance Zéro, which distributes winter clothing to those most at risk.

Although donations were plentiful last year, Leblanc and his team had not completely replenished their clothing stock before the cold came.

He said he is also looking for XL and XXL men's large socks, blankets and jackets.

Leblanc believes there is a link between recent floods and tornadoes in the area and homelessness.

Such disasters mean more victims, and disaster victims are in danger of falling into homelessness, he said.

"There will certainly be an increase this year in terms of homelessness," he said in an interview in French with Radio Canada.

Similarly, the executive director of the Gîte Ami shelter in Gatineau said her group usually works with partners to open temporary shelters that provide roofs for those in need.

But Lise Paradis said these arrangements have not yet been made and the maximum capacity of her shelter is only 60.

"We currently have to drive between three and ten people each night," she said in French.

In Ottawa, people are living in a tented community near Bayview Station after their guest house was burned down in April.

Shawna Thibodeau and Brigitte Boulay of nonprofit volunteer We Live in the Shadows brought them a crib on Tuesday and then heaters and socks the next day.

"The conditions are brutal. They shouldn't live like this," Boulay said.

While the city of Ottawa has said it is seeking a solution for this group, the two believe it is unacceptable that they are still in tents in the woods.

The group said those living in the community – some with torn tents – have no friends or family to help. Others are trying to avoid shelters while dealing with addiction problems.

Boulay and Thibideau would like to see the bureaucracy destroyed and the city to find homes for these people before the temperature drops further.

"The people who were taken by surprise had no choice," said Thibodeau.

"Whether the cold was coming or not, they had no access to anything."