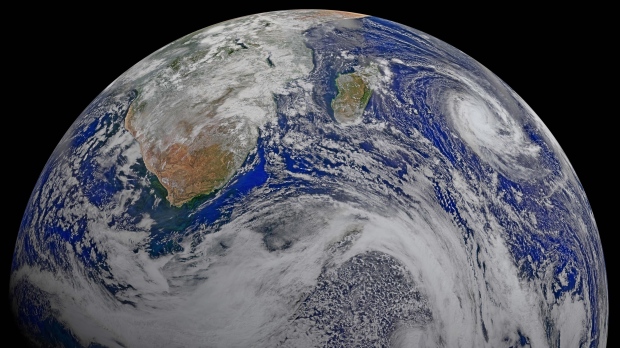 High-frequency radio waves from a Russian research facility are capable of causing sudden and significant increases in temperature in the Earth's upper atmosphere.

Chinese and Russian researchers came to this conclusion by analyzing a series of joint experiments conducted by their countries in June. A newly launched Chinese satellite was used to monitor conditions in the ionosphere when it passed the Sura Ionospheric Heating Facility.

The facility is located near Vasilsursk, Russia. It was created to help Russian researchers better understand the ionosphere, which covers parts of the atmosphere from about 60 to 1,000 kilometers in altitude.

Conditions in the ionosphere can significantly affect satellite communications and air travel. Their weather patterns are different from those closest to the surface of the planet and much more difficult to predict.

These conditions changed rapidly during one of five experiments in June, the researchers found.

On the night of June 12, the satellite was able to record a brief period during which the temperature of ions in the ionosphere increased by 100 ° C.

"Detection of plasma disorders on June 12 … provides evidence for the likely success of future related experiments," the researchers said.

The other four tests did not result in any unusual phenomena that could be observed on the satellite.

Still, the only successful finding was not entirely unexpected. Scientists have previously found "interesting phenomena" in the ionosphere, including high electron temperatures caused by high-frequency heating from facilities such as Sura.

The researchers say they hope their success will lead to a more in-depth study of the effects that Sura's radio waves can have on the ionosphere.