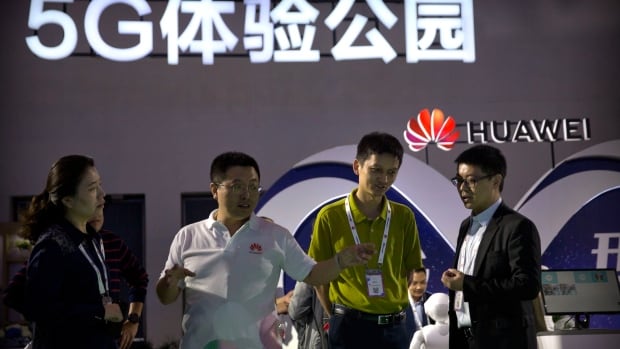 While a Huawei executive faces possible US accusations of trade with Iran, the Chinese technology giant's ambition to be a leader in next-generation telecommunications is clashing with security concerns abroad.

Australia and New Zealand have banned Huawei Technologies Ltd. as a supplier of fifth generation networks. They have joined the United States and Taiwan, which limit the use of technology from the largest global supplier of network switching equipment. This week, Japan's cyber-security agency said that Huawei and other vendors considered to be at risk will be out of bounds for government purchases.

No one has disclosed evidence of irregularities in Huawei, which it denies is a risk and has operated a laboratory with the government of Britain since 2010 to carry out safety examinations of its products. But charges, amid growing tension over Chinese technological ambitions and espionage, threaten its ability to compete in a sensitive field as carriers prepare to invest billions of dollars.

"This is something that definitely worries Huawei at this stage because there is a political angle to it and a business angle," said Nikhil Bhatra, senior researcher at IDC, a consulting firm.

Huawei is not a common supplier of electronics. The company founded in 1987 by a former military engineer is China's first global technology brand and a national champion ahead of an industry that Beijing is promoting as part of efforts to turn that country into a creator of technology. The country has China's largest corporate research and development budget of $ 13 billion in 2017 – 10 percent more than Apple's – and foreign clients can use a multibillion-dollar credit line from the China Development Bank.

This puts Huawei at the heart of the pressures on the Communist Party's technological aspirations, competition with Western economies, and ties between business and government, including possibly espionage.

"We have to worry about Huawei and other Chinese companies? Yes, I think we have to worry," said Ansip, vice president of the commercial bloc for a single digital market.

A seller sees his smartphone in a Huawei store in a shopping mall in Beijing on July 4, 2018. Allowing Chinese company Huawei Technologies to build Canada's 5G wireless network could give access to revealing data on Canadians, analysts warned of security. (Mark Schiefelbein / Canadian Press / Associated Press)

The company says it is employee owned and operates independently. He denies that he projects equipment that allows clandestine listening or is controlled by the Communist Party – a critical position that some US senators say is dubious in China's state system. The company notes that it uses the same global component suppliers as Western manufacturers.

"Not a single fragment of evidence against the company has ever been filed," Huawei said in a written response to the questions.

The company is the "most examined telecommunications equipment supplier," the statement said. He said that foreign officials visit regularly to see "the time we have taken to ensure the integrity of our technology."

Huawei, headquartered on a wooded campus in Shenzhen, near Hong Kong, has been working at 5G since 2009 and is a leading supplier of the technology, along with Sweden's LM Ericsson and Finland's Nokia Corp.

The company whose technology ends up being able to reap billions of dollars in sales and licensing fees.

5G promises more than just a faster mobile service. It is designed to support broadly expanded networks of Internet-connected car devices and medical equipment to factory robots and nuclear power plants. Annual sales of 5G network equipment are estimated to reach $ 11 billion by 2022, according to IHS Markit.

But Kitson sees commercial motives behind the accusations against Huawei. He said many come from American and European suppliers who are losing market share to Chinese rivals.

"There has never been any real evidence," Kitson said. "They just have to make some insinuations for other governments to sit and think, wait, even if there is no evidence, it's a very big risk."

Huawei had a new impact on December 1 when its chief financial officer, Meng Wanzhou, was arrested in Vancouver on charges of lying to banks over transactions with Iran.

Huawei is more politically important than ZTE, a Chinese rival that was almost driven out of business after Washington stopped it from buying US technology at the expense of exports to Iran and North Korea. US President Donald Trump restored access after ZTE paid a $ 1 billion fine, replaced its executives and hired US-appointed compliance officers. 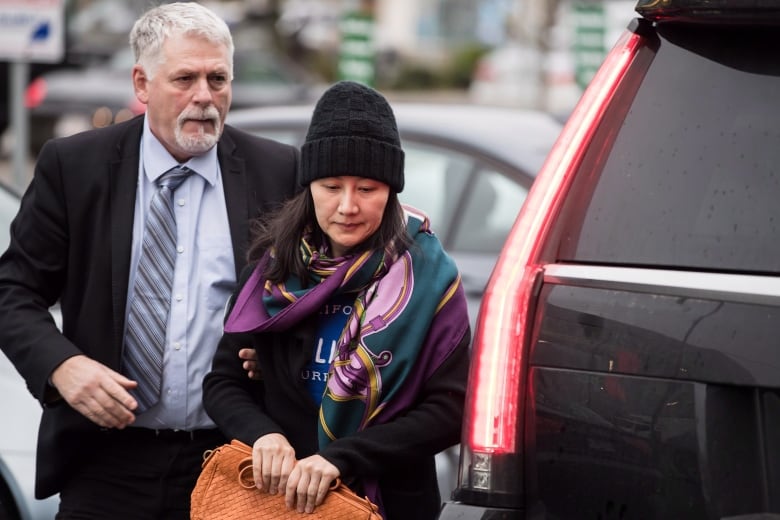 Huawei's chief financial officer, Meng Wanzhou, on the right, arrives at a probation office with a member of his private security details in Vancouver on December 12, 2018. (Canadian Press / Darryl Dyck)

This will not work with Huawei, which is the "key to Beijing's aspirations to lead globally" in 5G, the Eurasia Group said in a report. He said Chinese leaders would see an attempt to impose ZTE-style controls as "the equivalent of an open technology war."

Huawei's US business has evaporated after a congressional report in 2012 identified the security threats of the company and ZTE. In the same year, Australia banned bidding on a national high-speed broadband network.

Taiwan, the self-governing island that Beijing claims as its territory and threatens to regularly attack, has imposed restrictions in 2013 against Huawei and other Chinese telecommunications technologies. Lawmakers are discussing the expansion of controls.

Elsewhere, Huawei provides telephone operators in Asia, Africa and Europe. The company says it serves 45 of the top 50 global telecom operators. Its global sales in 2017 increased 16 percent to $ 92.5 billion, while profits jumped 28 percent to $ 7.3 billion.

Huawei accounted for 28 percent of global sales of $ 32 billion last year, according to IHS Markit. Ericsson ranked second with 27% and Nokia with 23%. ZTE, South Korea's Samsung Electronics Corp. and other vendors did the rest.

Asked about the impact of security concerns on its 5G business, Huawei said this year's total revenue – which also includes the third-largest global smartphone brand and a corporate unit – is expected to exceed $ 100 billion. That would represent a gain of 8% over 2017.

Washington is pushing allies to avoid Huawei, but Germany, France and Ireland say they have no plans to ban 5G network providers.

Huawei "has an important place in France" and "your investments are welcome," the country's economy minister, Bruno Le Maire, said on Dec. 7, according to press reports.

As for Ansip's concern about espionage, "we have no law to authorize backdoors," a spokesman, Lu Kang, said.

Bhatra, of IDC, said deleting Huawei would leave countries with only two major 5G vendors, Ericsson and Nokia. That would limit competition, raise prices and slow down innovation, he said.

Analysts in the industry already say that telecom equipment costs more in the United States and in other markets that do not have lower-priced Chinese competitors.

"There are widespread implications," said Bhatra.