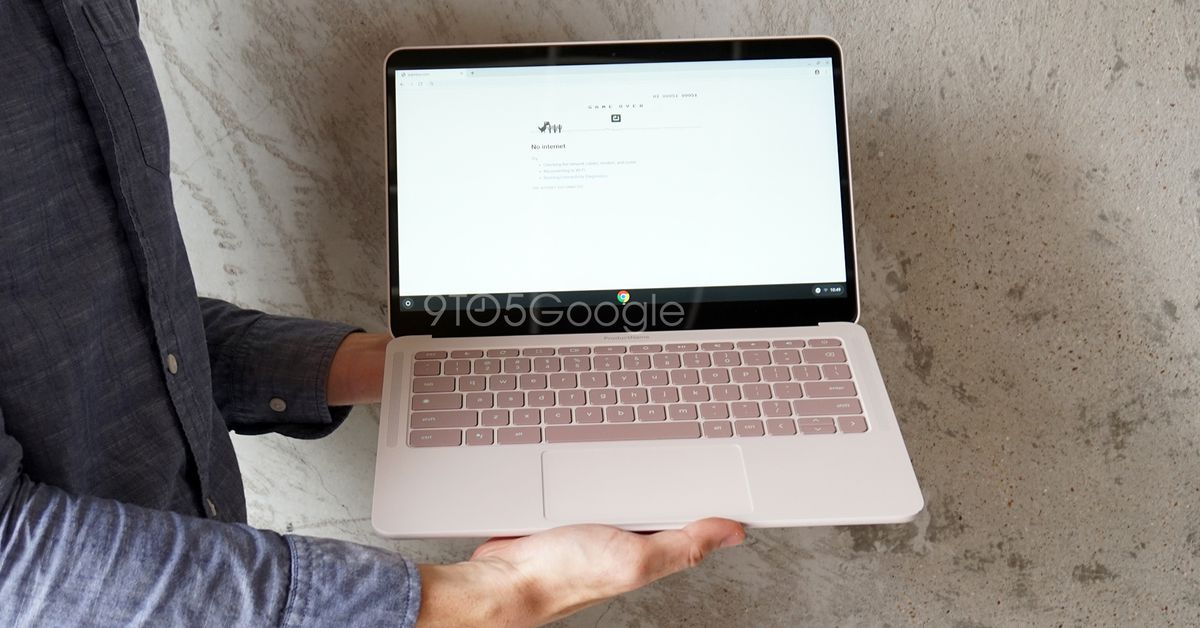 Ahead of Google’s big hardware event next week, 9to5Google has gotten access to what it claims is a prototype of the company’s new Chromebook, the Pixelbook Go. 9to5Google previously revealed specs and other details on the device last month.

As expected, the Pixelbook Go has a 13.3-inch 16: 9 screen in either 1080p or 4K resolution, two USB-C ports, and options for Intel Core m3, i5, and i7 processors. Other specs are said to include up to 16GB of RAM, 256GB of storage, a 2-megapixel front-facing camera, a headphone jack, and the Titan C security chip seen in the Pixel Slate.

The Pixelbook Go appears to have an unusual ribbed texture on the bottom, which 9to5Google describes as “somewhat similar to a washboard or roof of a dog's mouth,” so make of what you will. The model that the site got its hands on has a coral color on the bottom with a matte finish on the top panel that's reminiscent of the “Not Pink” Pixel 3.

It's clear that the device is a prototype – Google logo has been swapped out for a placeholder, and another wordmark reads “ProductName” above the keyboard. Still, it's an extensive look at what Google is likely to announce next week, so it's worth checking out 9to5GoogleIt's full gallery.

Google’s event is happening on Wednesday in New York City and we will of course be there to bring you all the news on the Pixelbook Go, the even-more-leaked Pixel 4, and no doubt much more.