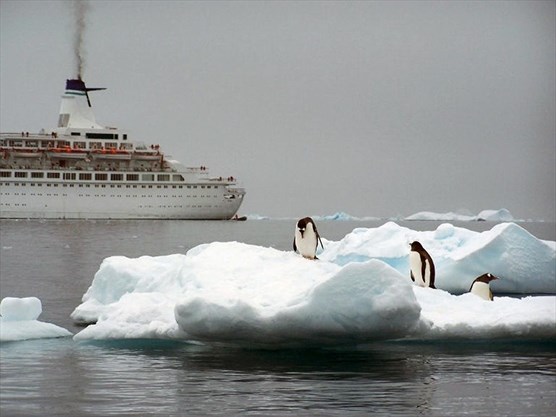 "Less than one percent of the Permian ocean was a dead zone – quite similar to today's ocean," Deutsch said.

The series of volcanic events in Siberia that many scientists believe triggers mass extinction "makes super-volcanoes look like a pinhead," said Seth Burgess, a geologist and volcanologist at the US Geological Survey.

"We're talking about enough lava bouncing off the surface and intruding into the crust to cover the area of ​​the United States, which if you looked at the US from above, maybe it was a kilometer deep in the lava," he said.

Burgess, who researched the volcanic events of the Siberian Traps, but did not work on the new Science article, said that scientists believe that magma rising from Earth has released some of the greenhouse gases that cause extinction.

In addition, magma sills still inside the Earth heated massive deposits of coal, peat and carbonate minerals, among others, which expelled even more carbon and methane into the atmosphere.

"This is how you drive the Permian's mass extinction by introducing massive volumes of magma into a basin rich in carbon-containing sediments," he said.

The research from UW and Stanford "takes the next step to find out why things died in the late Permian," Burgess said. "It matches what we think was happening in the climate with the fossil record, and it does so elegantly."

A supercomputer took more than six months to simulate all the changes that volcanic eruptions are suspected to cause during the Permian period. Computer models go into remarkable detail – simulating things like clouds, ocean currents and marine life – in describing how temperatures and conditions on Earth were.

Researchers knew that surface temperature rose about 10 C in the tropics because of earlier scientific analysis of the fossilized teeth of eel-like creatures called conodonts.

To run their model, the researchers pumped volcanic greenhouse gases into the simulation in order to match the temperature conditions at the end of the Permian period.

As temperatures soared toward the 10-degree mark, the model's oceans have depleted of oxygen, a trend scientists are also weighing in today's oceans.

To measure how increasing temperatures and less oxygen would affect the Permian animal species, the researchers used 61 modern creatures – crustaceans, fish, shellfish, corals and sharks. The researchers believe that these animals would have similar sensitivity to temperature and oxygen to the Permian species because the animals have adapted to live in similar climates.

The effects of warming were doubled in creatures, the researchers found. In warmer waters, animals need more oxygen to perform bodily functions. But hot waters can not contain as much dissolved oxygen, which means less was available to them.

In other words, as animal bodies demanded more oxygen, the supply of the ocean diminished.

In their model, the researchers were able to quantify the loss of habitat as the species faced increasingly challenging ocean conditions. The increase in surface temperature and the loss of oxygen were more substantial in areas further away from the equator. Extinction rates also increased at higher latitudes.

Animals in the tropics were already accustomed to higher temperatures and lower oxygen levels before volcanic eruptions changed the climate, according to the survey. As the world warmed, they could move along with their habitat.

Sea creatures that favored the cold waters and high levels of oxygen were worse: they had nowhere to go.

"High latitudes where it is cold and oxygen is high – if you are an organism that needs this kind of condition to survive, those conditions disappear completely from Earth," Deutsch said.

In the modern oceans, warming and loss of oxygen were also more pronounced near the poles, according to researchers, drawing another analogy between climate change about 252 million years ago and what is happening today.

"The study tells us what is at the end of the road if we let the climate (change) continue. The further we go, the more species we will probably lose," Deutsch said. "This is scary, the loss of species is irreversible."