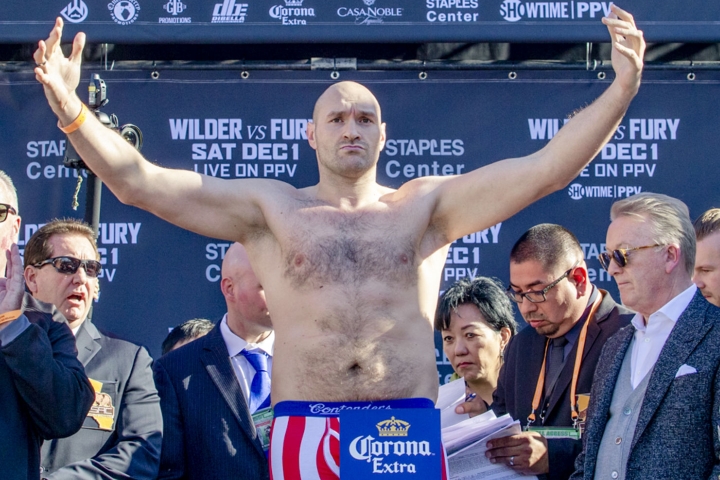 By Frank Warren courtesy of The Daily Star

TYSON FURY woke up the heavyweight division last weekend – he should have woken up on Sunday as WBC heavyweight champion as well.

The whole country was going crazy with the draw with Deontay Wilder – which was the wrong decision – and the rematch will be even bigger.

There were almost 18,000 supporters at the Staples Center in Los Angeles and more than half of them were cheering the Briton.

The Manchester fighter reached the bottom 18 months ago.

And as he lay flat on his back in the 12th round of an exciting showdown with Wilder this past weekend, he was deep in the pit in the ring.

But just as he did in life, Fury stood up when it looked like he was finished.

He was the only man in this arena who did not think it was all over-it was truly inspiring.

The judges' decision to call this a draw was so cruel, but we all know who the real champion is.

What Fury showed inside the ring was what we all thought he would do, but you can not be sure in the later rounds because of his time out of the ring.

He was simply magnificent and won the fight. I watched it back on Monday and thought it won for at least four rounds.

From his body language at the last bell, you could say that Wilder did not think he would make the decision.

The fury is now in the driver's seat. He's the No. 1 heavyweight in the world.

Of course he would like to have the belt because they are the trophies of the sport, but he has something none of the others has.

He is the linear champion and reaffirmed his position as the best man in the division.

I said that whoever won the fight would be No. 1 and, in my eyes and many cunning judges, Fury won.

The troubling thing for the heavyweight division is that it was a fury that had only two warm-up fights in three years since it defeated Wladimir Klitschko.

Now he has these rounds on the bench, he will be even better.

Fury wants the rematch with Wilder first, but then he'll come to Anthony Joshua – and it's better they do not hide.