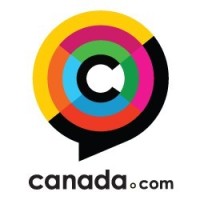 TORONTO – A study suggests that women who develop complications following vaginal mesh surgery for stress urinary incontinence have an increased risk of depression and self-harm.

Women with stress incontinence leak urine when they cough, sneeze, laugh, or are physically active. The condition is often treated by the implantation of a polymer mesh sling on the vaginal wall to prevent leaks.

But in some cases, these implants can lead to potentially serious complications such as chronic pelvic pain and tissue erosion, which has led to a series of lawsuits against device manufacturers.

Researchers at the Institute of Clinical Trial Sciences analyzed data from nearly 60,000 Ontario women who had implants between 2004 and 2015 and found that nearly 1,600 needed corrective surgery for complications.

Of these women, 11% were treated for depression and nearly 3% engaged in self-flagellatory behaviors that led to a doctor's visit or hospitalization.

The study's lead author, Blayne Welk of Western University in London, says women aged 45 years or younger are at greater risk of depression and self-harm, probably because complications can affect sexual intimacy.

The study was published in Wednesday's issue of JAMA Surgery.