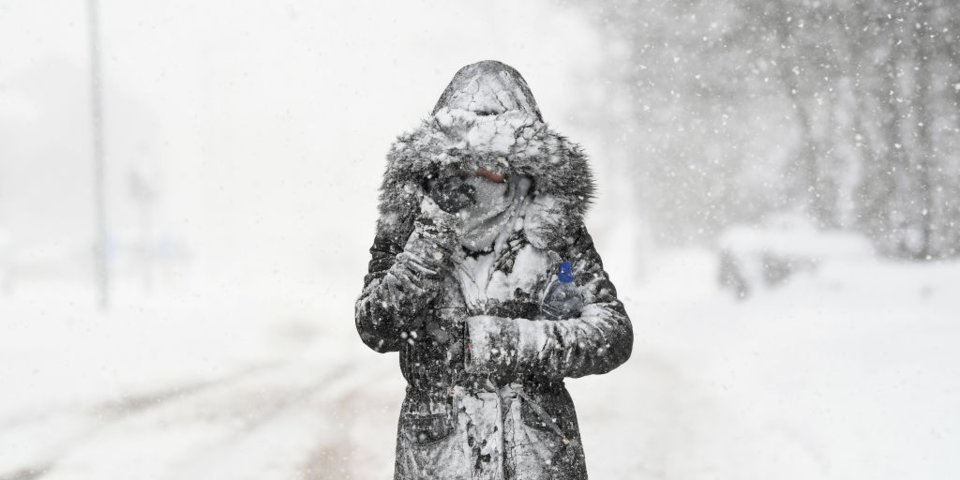 Snow and ice usually appear white because the visible light is white. Frozen water particles are translucent, but the reflection of sunlight gives the snow its white appearance. However, due to environmental factors, it also comes in different colors.

"Watermelon snow" can be seen near glaciers due to "freshwater, cryophilic or chilly algae, which contain a bright red pigment." The Taylor Glacier of Antarctica contains Blood Falls, a deep red snow caused by salt-water rich in iron leaking from an ancient reservoir under the glacier. When it oxidizes, it creates a bright red waterfall.

Thick snow may also appear blue. According to the National Snow and Ice Data Center, "If you were to make a hole in the snow and look at the hole, you may see a bluish color. In each case, the blue light is the product of a relatively long journey ". way through the snow or ice. "