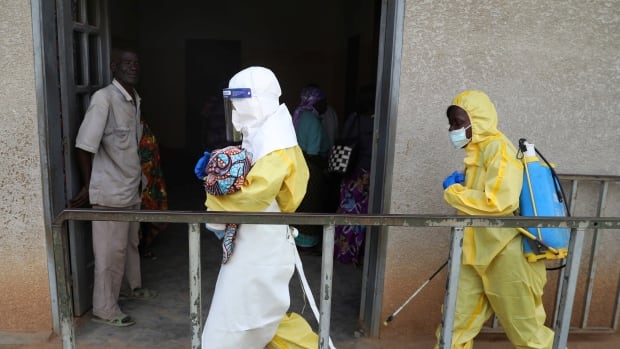 Ebola's second-largest outbreak in history has spread to a large city in eastern Congo as health experts fear the stockpile of an experimental vaccine will resist the demands of an endless epidemic.

Butembo, with more than one million inhabitants, is now reporting cases of deadly hemorrhagic fever. This complicates Ebola's containment work, already challenged by rebel attacks elsewhere, which have made tracking the virus almost impossible in some isolated villages.

"We are very concerned about the epidemiological situation in the Butembo area," said John Johnson, coordinator of the project with Médecins Sans Frontières in the city. New cases are rising rapidly in the eastern suburbs and isolated peripheral neighborhoods, the medical charity said.

The epidemic declared on 1 August is only losing out to the devastating outbreak in West Africa, which killed more than 11,300 people a few years ago. There are currently 471 cases of Ebola, of which 423 are confirmed, including 225 confirmed deaths, the Congo Health Ministry said on Thursday.

Without the teams that have already vaccinated more than 41,000 people so far, this outbreak could have seen more than 10,000 cases of Ebola, the Health Ministry said.

This is by far the largest deployment of the promising but still experimental vaccine against Ebola, owned by Merck. The company maintains a stockpile of 300,000 doses, and preparing them takes months.

"We are extremely concerned about the size of the vaccine stock," WHO emergency director Peter Salama told the STAT news agency in an interview this week stating that 300,000 doses are not enough as Ebola outbreaks become more common.

Health workers, contacts of Ebola victims and their contacts received the vaccine in a "ring vaccination" approach, but in some cases all residents of hard-to-reach communities were offered. The prospect of a mass vaccination in a large city like Butembo raised concerns. Salama called the approach "extremely impractical". 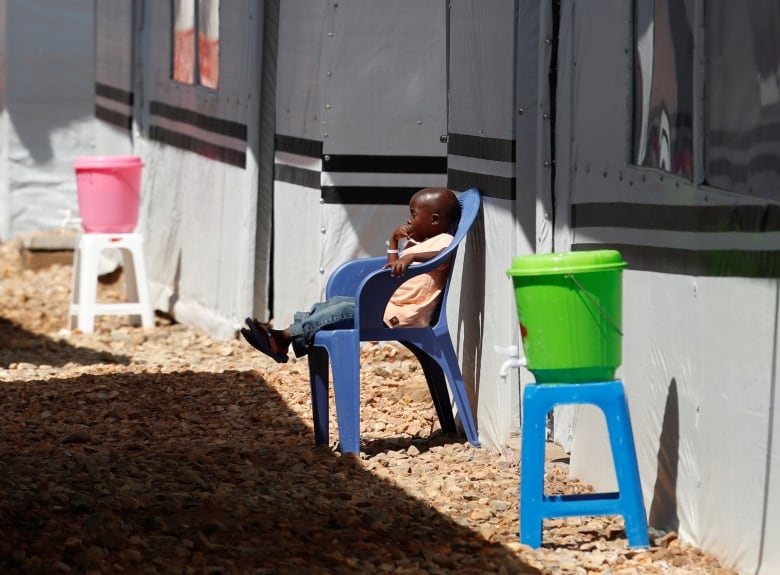 A boy suspected of being infected with the Ebola virus is sitting in a chair at a transit center in Beni, North Kivu. (Goran Tomasevic / Reuters)

A WHO spokesman said dose shipments arrive almost every week to ensure a sufficient supply for ring vaccination. "No interruption in vaccine supply has occurred so far," Tarik Jasarevic said in an e-mail to the Associated Press. "Merck is actively working to ensure that a sufficient number of doses remain available to meet potential demand."

This outbreak of Ebola is like no other, with deadly attacks by rebel groups forcing the work of restraint to pause for days on end. Some cautious sites have resisted vaccinations or safe burials of Ebola victims as health care workers fight erroneous information in a region that has never encountered the virus before.

The Ebola virus is transmitted through the body fluids of the infected, including the dead.

The outbreak "remains serious and unpredictable," the World Health Organization (WHO) said in a report released on Wednesday. Nine health areas reported new cases in the last week, and some were not related to known victims, which means that gaps in screening remain in a region with a dense and highly mobile population.

Thousands of people were organized by Red Cross societies and others to go from house to house dispelling rumors and verifying possible contacts of the victims.

Fatoumata Nafo-Traore, Africa's regional director for the International Federation of Red Cross and Red Crescent Societies, participated in an awareness campaign at the outbreak's epicenter, Beni, this week.

The head of a family thanked him for face-to-face contact, saying that he did not even have a radio and did not understand what was happening. "Ignorance is the enemy," said another resident.

Given the years of conflict in eastern Congo, it is essential that households trust that health workers are there, Nafo-Traore told the AP.

Although she called the insecurity "very troubling," she said that with new tools, including vaccines, "there is great hope."