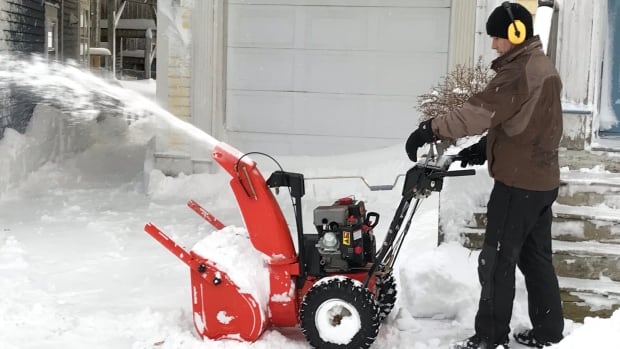 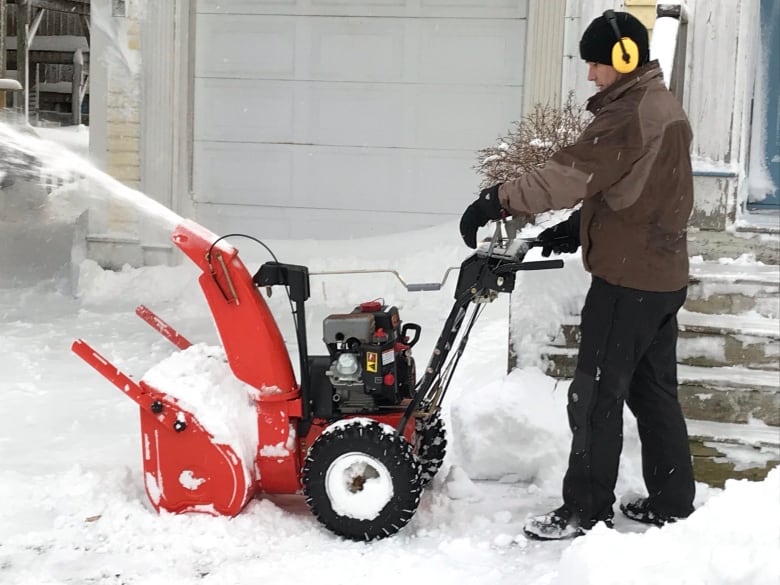 The snowblowers – like this one on Gower Street in downtown St. John's – had plenty to do on Friday morning. (Francesca Swann / CBC)

Drivers from eastern Newfoundland conducted their first snow removal training on Friday after a thick blanket of snow blanketed the area overnight.

Gander was hit with about 12 cm.

I can confirm that 25 centimeters fell at Cowan Heights last night … straight down, balancing perfectly on the railing.
.
.#snow #shovelawaits #hopethesnowblowerisworking #nlwx pic.twitter.com/WsEcV7NSfL

Although most of the snow has fallen overnight, she said that there may still be 5-10 cm coming in at the end of the week.

"If you were not in the spirit of winter, I think snow could help," she said.

The winds will not be accelerating much during the day, she said, making the snow blowing less worrisome.

Courts, government offices and all schools in the St. John's metropolitan area had a late opening.

Several flights at St. John's International Airport were canceled or delayed and the snowplows were in full force in the St. John's metropolitan area.

Lots of snow at night plows have there hands full this morning #nlwx #nltrafffic pic.twitter.com/UJpDkrPG1B

Police warned drivers to be careful on the roads.

Snow began to fall on St. John's at around 5:30 p.m. Thursday, when a weather system swept the island.

The closures began early on Thursday, with Paradise and Mount Pearl canceling garbage collection and shutting down all of the city's facilities before the snow.

Follow the updates of CBC meteorologist Ashley Brauweiler and the CBC team.