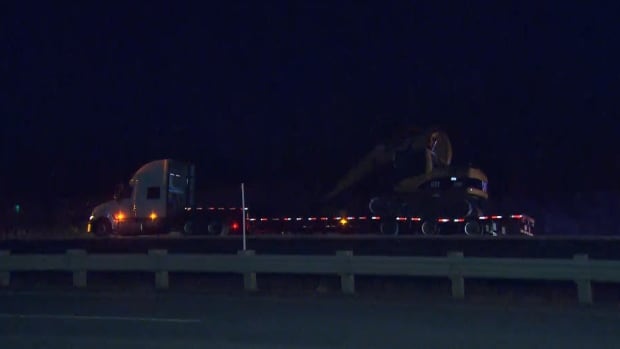 The driver of a truck that collided with a viaduct on Route 30 eastwards in Vaudreuil-Dorion is nowhere to be found, police said.

The accident happened around 6:30 p.m. and a part of the eastbound highway was closed at the height of the exit of the Cité-des-Jeunes Boulevard.

Quebec provincial police are investigating. They say the truck – an eighteen-wheeled trailer carrying a mechanical shovel – was located several hundred meters from the accident, but the driver had disappeared.

They say it's the shovel that struck the viaduct. No injuries have been reported and teams are evaluating damage to the overpass.

Police say there is a possibility that the truck was stolen before the accident.