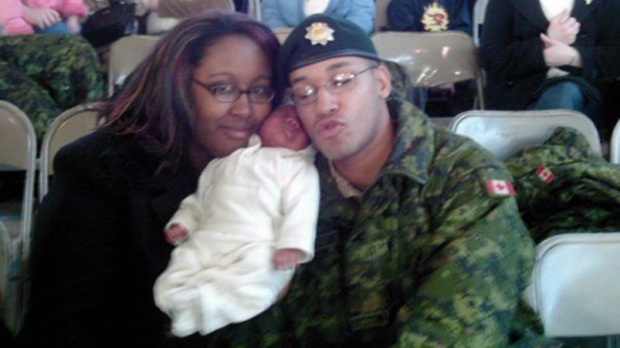 
HALIFAX – It has been almost three years since Lionel Desmond – a deeply disturbed Afghan war veteran diagnosed with PTSD – bought a rifle and drove to his modest home in rural Nova Scotia.

When night fell on January 2, 2017, the 33-year-old retired corporal entered the house in Upper Big Tracadie and killed his mother, wife and daughter before taking his own life.

On Monday, relatives, government officials and lawyers will gather at a municipal building near Guysborough, N.S., to initiate a fatality inquiry that will attempt to determine what happened to Desmond and what can be done to prevent similar tragedies.

"He tried to treat him for 10 years in different ways, and none of that worked. He never found answers. His family wants to find those answers for him and others."

"There were different points where the system failed," said Rodgers, who practices in New Glasgow, N.S., but grew up in Guysborough. "He was returned to his community without adequate support and not knowing how he would handle it."

The first witness to testify is expected to be Nova Scotia coroner Dr. Matt Bowes, the man who reviewed the circumstances of the deaths and recommended conducting an inquiry under the provincial Fatal Investigation Act.

The Nova Scotian government promised the inquiry in December 2017.

"Canadians should pay attention to what is happening in Guysborough because these problems have not gone away," Rodgers said.

"There will still be soldiers going out to fight and return with PTSD, reintegrating with their families and dealing with medical and social issues. We want to find better ways to deal with this kind of situation. This is something that can affect all parts of the parents ".

The inquiry will be remembered that on January 3, 2017, Desmond entered his neat house in nearby Upper Big Tracadie, armed with a rifle he had purchased earlier that day. Moments later, he shot his wife Shanna, 31, his 10-year-old daughter, Aaliyah, and his 52-year-old mother, Brenda – before turning the gun on himself.

In the months that followed, family members repeatedly said that Desmond – a veteran of two particularly violent tours in Afghanistan in 2007 – sought treatment for his mental illness and a post-concussion disorder.

However, they insisted that he did not get the help he desperately needed.

Cassandra Desmond, who lost her mother, only brother and family in the murder and suicide, said she hoped the inquiry's recommendations would help prevent similar deaths.

She and her twin sister Chantel fought a long public battle to convince the government to start an investigation. They said Desmond's combat experience in Afghanistan had a profound impact on his personality.

After a medical discharge, he returned home in 2015, a shell of who he used to be. The sisters say that his sense of humor was gone, and he looked defensive most of the time – as if he were still in combat.

The inquiry will examine whether Desmond had access to mental health and domestic violence services – and whether he should buy a rifle.

In addition, the survey will investigate whether the health and social care providers he dealt with were trained to recognize occupational stress injuries or domestic violence.

And provincial authorities will be asked if they faced restrictions when trying to gain access to Desmond's federal health records.

Bowes said his initial analysis of the case indicated a lack of cooperation between government agencies, saying "the interconnection between them may well have been better."

Those expected to testify in the coming weeks include representatives of the federal attorney general, who will speak at Health Canada, Veterans Affairs, the RCMP, and the federal Department of Public Security.

The Nova Scotia Attorney General's Office will speak for the involvement of the Provincial Departments of Justice, Health, Education and Community Services, as well as the Nova Scotia Office of African Affairs and the Women's Status Advisory Council.

Zimmer will eventually present a report containing his findings and recommendations. It will not contain any finding of legal liability.

Fatality surveys are rare in Nova Scotia. The last time the government requested such an inquiry was in 2008.

This report from The Canadian Press was first published on November 17, 2019.