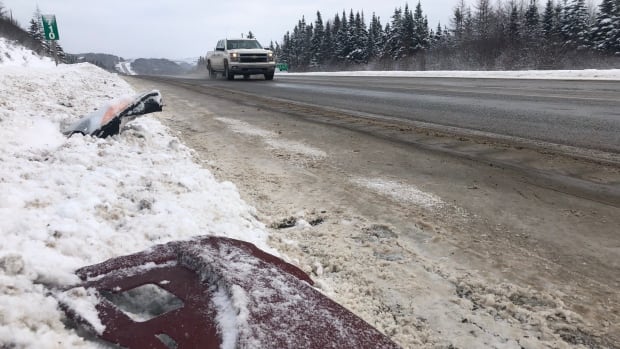 One woman is dead and one man is in hospital with serious injuries after an SUV and a transportation truck collided on the road near Corner Brook on Tuesday night.

Emergency teams responded to the crash scene shortly after 7:00 p.m.

It happened on the Trans-Canada Highway, about a mile west of Lake Pinchgut.

According to the RCMP, a 72-year-old Stephenville woman who was a passenger in the SUV died on the spot.

The man driving the vehicle is seriously injured. He was taken by helicopter to the Health Sciences Center in St. John's.

Police said the truck driver was not injured.

A crash analyst and traffic services continue the investigation.