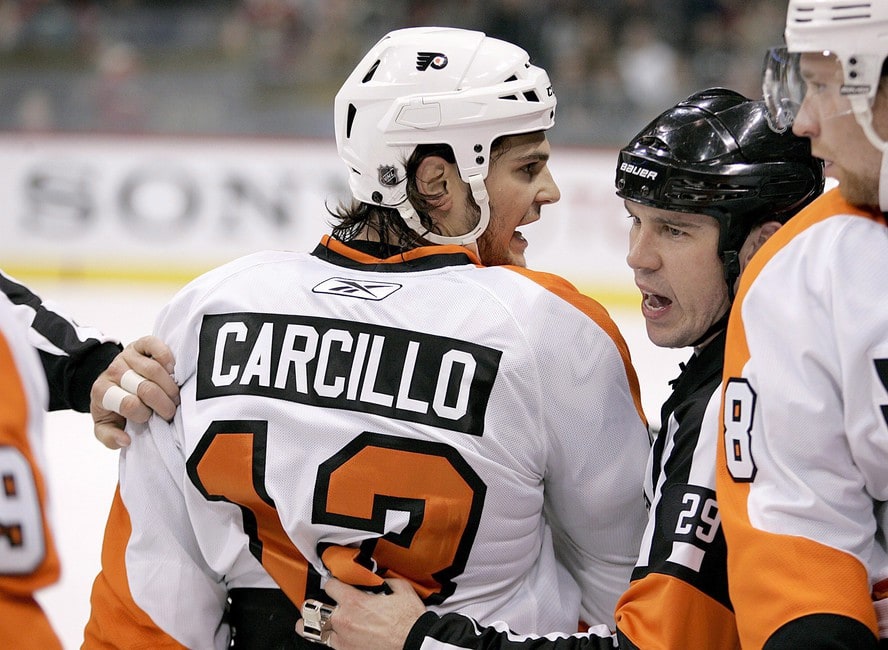 Former NHL player Daniel Carcillo spoke about his alleged trotting as a member of the Ontario Hockey League last weekend.

In an extensive 15-post narrative on Saturday, Carcillo detailed how a 17-year-old rookie in 2002-2003, Sarnia Sting, was bullied by his teammates.

Carcillo described being beaten daily with the goalkeeper's hockey stick.

He also said he reached a breaking point when he and six or seven other newcomers were stuck in the toilet in a chartered bus when veteran players spit their chewing tobacco through the opening.

Unrestricted free agent Shawn Matthias tweeted Carcillo's series of posts, saying that his experience as a junior rookie left him "a confused and angry young man."