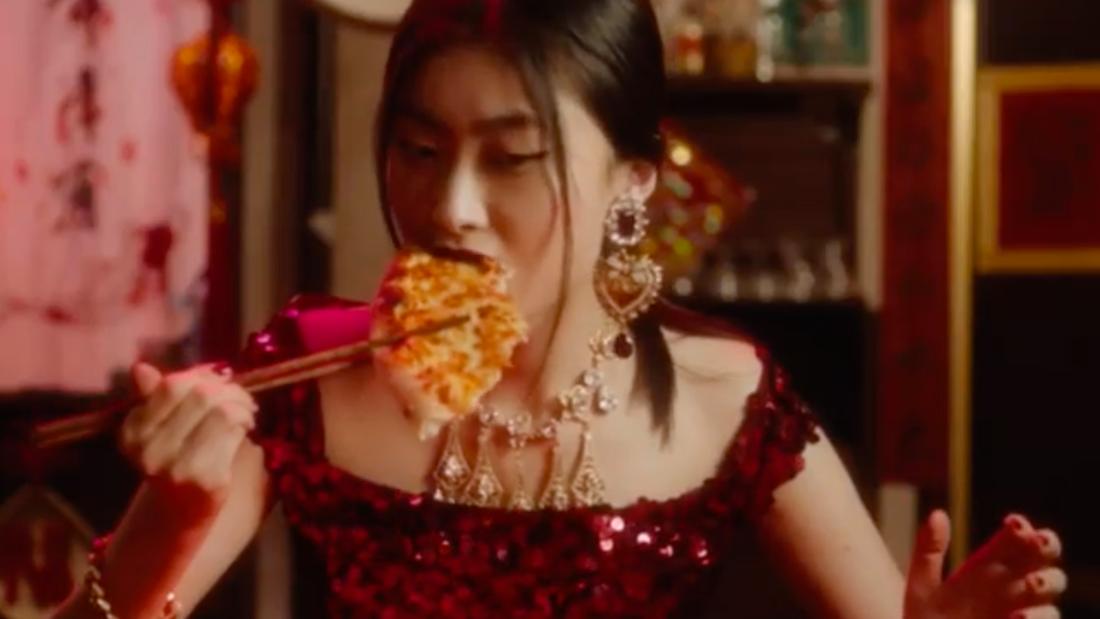 Thousands of D & G products have disappeared from platforms run by companies such as Alibaba (BABA) and JD.com (JD).

The reaction against the Italian luxury fashion brand began earlier this week after it launched video ads showing a Chinese woman struggling to eat pizza with chopsticks. The situation was exacerbated by offensive comments allegedly sent from the personal account of co-founder Stefano Gabbana on Instagram.

The videos and comments spread rapidly on Chinese social media, drawing accusations of racism and celebrity boycotts. The furor forced D & G to cancel a fashion show in Shanghai, hours before the scheduled time for Wednesday.

The fashion house is now desperately trying to limit the consequences. On Friday, Gabbana and co-founder Domenico Dolce appeared in a video message posted on social networks to apologize to "all the Chinese around the world."

"Our families taught us to respect every culture in the world," said Dolce. "We hope to receive your forgiveness for our cultural misunderstandings."

The company apologized earlier and also said the offensive messages sent by the Gabbana Instagram account were the result of hackers. But that has not stopped the reaction until now.

E-commerce company Yangmatou said in a social media post on Wednesday that he had removed 58,000 D & G products, stating that "the motherland is more important than anything else."

D & G products were also unavailable on several other online retail sites in China, including those of Yoox Net-A-Porter.

Analysts have warned that D & G's apology may not be enough to prevent a sharp drop in sales in the world's second-largest economy.

"The damage to the brand in the eyes of Chinese consumers has already been done," said Ben Cavender, senior analyst at China Market Research in Shanghai.

In social media, people posted videos of themselves burning branded clothes or cutting them into pieces and using them to wash their toilets.

Cavender suggested that another risk is that China's malls decide to start closing D & G stores.

Huang Hung, a leading fashion commentator and editor of Chinese magazines, said the use of celebrities by the Italian brand to help market their products is likely to encounter difficulties.

"I do not think anyone is going to touch them," she told CNN.

Chinese celebrities are already "under pressure" to demonstrate their patriotism after Fan Bingbing's recent temporary disappearance and allegations against him of tax evasion, according to Huang.

"China is now very patriotic, so it will be very difficult to get support," she said.

But Hu Xijin, editor-in-chief of the Chinese nationalist tabloid Global Times, wrote in a social media post that D & G should not be penalized too much because of the incident.

He argued that China needs to be more tolerant to show the world that it is an open market.

Steven Jiang and Nanlin Fang contributed to this report.