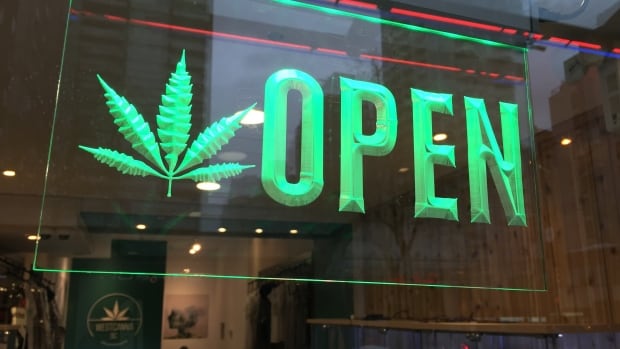 The Toronto city council voted to allow legal workshops, while urging the province to give the city more power to regulate where they are located.

After a long debate, Mayor John Tory and most of the councilmen – with the exception of John Filion, Cynthia Lai, Josh Matlow and James Pasternak – supported the city's recommendation not to leave provincial licensed licensed cannabis stores.

The vote comes the same week that Markham and Mississauga gave up, while Ottawa voted to allow the stores.

The move followed a team report saying that doing the opposite "would have the unintended consequence of encouraging the illegal market."

At the meeting on Thursday, health practitioner Eileen De Villa emphasized that allowing legal stores is the best decision from the public health standpoint – if there are conditions to limit the number of stores near schools and other sensitive locations, limit the hours of sale and to ensure there is on-site monitoring.

"Based on science, it would be better to have a government-managed and government-operated retail mechanism," she told the council.

The provincial government is giving municipalities until January 22, 2019 to choose not to allow private retailers within its borders.

Tory, who expressed his support for allowing the stores before the council meeting, said failing to do so would take the town back to the "wild west."

But he also filed a motion urging the provincial government to give municipalities more power over where stores can open, so that Toronto can potentially restrict openings around schools, community centers and youth facilities – which have received unanimous support.

In a statement released Thursday night, Tory said he "sincerely" hopes that Premier Doug Ford and the Ontario government will seriously consider the city's request to restrict places where stores can open.

"While today's cannabis vote will cause Toronto to become part of a regulatory regime and allow for cannabis retail stores, I do not believe it will provide adequate capacity for the city of Toronto to protect people and neighborhoods," says declaration.

The province has set some regulations aimed at young people, including the rule that stores should be at least 150 meters from schools and a ban on under-19s accessing the properties.

The Toronto city council voted only 20-4 to allow legal workshops, despite having until January 22 to choose to leave – a move backed by Mayor John Tory. pic.twitter.com/Ut7evREc97

Another movement on the Coun. Mike Colle, calling the city out, received support from several councilors – including Coun. Kristyn Wong-Tam – but in the end did not pass.

Speaking to CBC Toronto ahead of the vote, Wong-Tam emphasized that there is only a "short window" to negotiate tougher regulations with the province before store sales start in the spring.

"I do not believe we have what we need now to build rigid regulation around marijuana stores at the moment," she said, stating the option to "put the city in a" position of strength with the province. "

Signing before the deadline of January means that Toronto can get additional provincial funding in addition to the nearly $ 3 million already pledged to the city.

Any county that chooses to leave can expect to receive only $ 5,000, according to a report from city manager Chris Murray, with other funds being distributed to counties that have chosen a family base.