Children are suffering the impact of flu season this year, health officials say 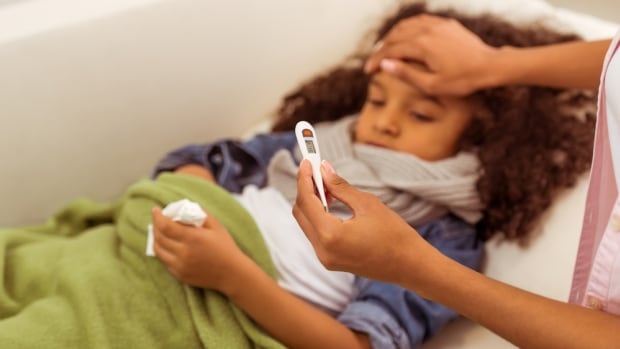 Many Canadian children spend their holidays battling flu and other respiratory illnesses – and the early start of the flu season may be partly to blame, say pediatricians and public health officials.

"We are seeing a huge amount of viral diseases [in children]"said Dr. Catherine Farrell, pediatric intensive care specialist at CHU Sainte-Justine, a pediatric and maternal-care hospital in Montreal.

"Our hospitals are exploding, our emergency rooms are really overloaded, our hospitalization units are full and we have a high occupancy rate with respiratory diseases in the intensive care unit … and it's the same with the other intensive care units. here in Quebec, "Farrell said.

There are a few different types of respiratory viruses circulating, she said, including influenza A – which can lead to serious secondary infections, such as pneumonia, that put children at the hospital.

More than three times as many children have been hospitalized with the flu nationwide compared to last year, according to FluWatch's latest report from the Public Health Agency of Canada.

As of December 15 (the most recent data available), 8,245 cases of influenza in adults and children have been confirmed, according to the FluWatch report. About 10 percent of these cases – 864 – required hospitalization. More than 280 of these hospitalizations were children 16 years of age or younger.

Most of the 47 such serious cases requiring ICU admission were children less than 10 years of age, according to the report.

At this time last year, there were 2,400 fewer confirmed cases of flu in Canada in general – and only 26 children had been hospitalized. 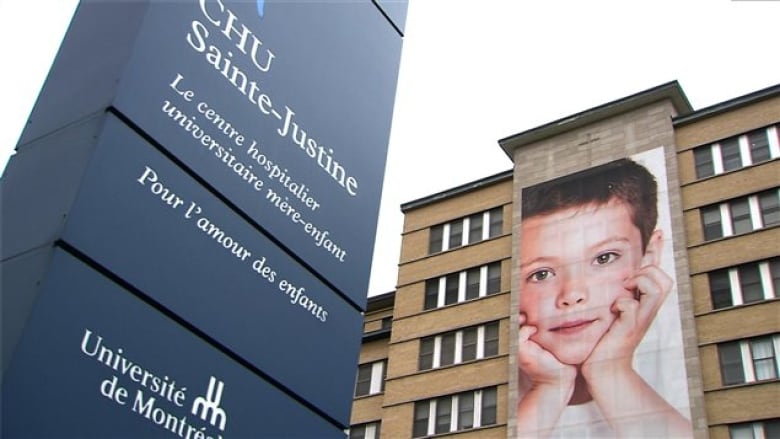 There are a couple of possible reasons for the increased number of hospitalizations among children this year, said Anna Maddison, a spokeswoman for Canada's Public Health Agency, in an email to CBC News.

"The current flu season began two weeks before last year," she said. It all started in mid-October rather than early November.

That means that by the end of the flu season, the total number of hospitalized children may be the same as last year, but it simply happened earlier.

The dominant flu strain circulating this year – influenza A H1N1 – is also associated with "a greater burden of disease … among children than among adults," said Maddison.

Last year, the dominant strain was influenza A H3N2 – a particularly virulent type that left people of all ages very sick, but sent more adults 65 and older to the hospital than children and young adults.

Although flu is a "very serious infection" compared to a cold, most people – children and adults – are able to recover at home without having to go to the hospital, said Dr. Isaac Bogoch, an infectious disease specialist . Toronto General Hospital.

Very young children, elderly people and people with underlying medical conditions, such as heart or lung disease, are at greater risk of getting sick and need hospitalization, he said.

One reason for hospitalization may be pneumonia, which is a "well-known complication of influenza," Bogoch said.

Both CHU Sainte-Justine in Montreal and SickKids Hospital in Toronto said they had seen many children with pneumonia recently, although it is not clear whether these cases are related to the flu.

"Pneumonia may be related to influenza, but it can also be caused by other viral and bacterial diseases in children."

But unlike most other illnesses, there is a flu vaccine, said Farrell, who is also president of the Canadian Pediatric Society.

It's not too late for parents to get the flu shot, she said.

Public health officials acknowledged that last year's flu vaccine was disappointing, with a low effectiveness rate. While it is too early to measure the effectiveness of this year's version, some initial indicators are promising, according to the Public Health Agency of Canada. 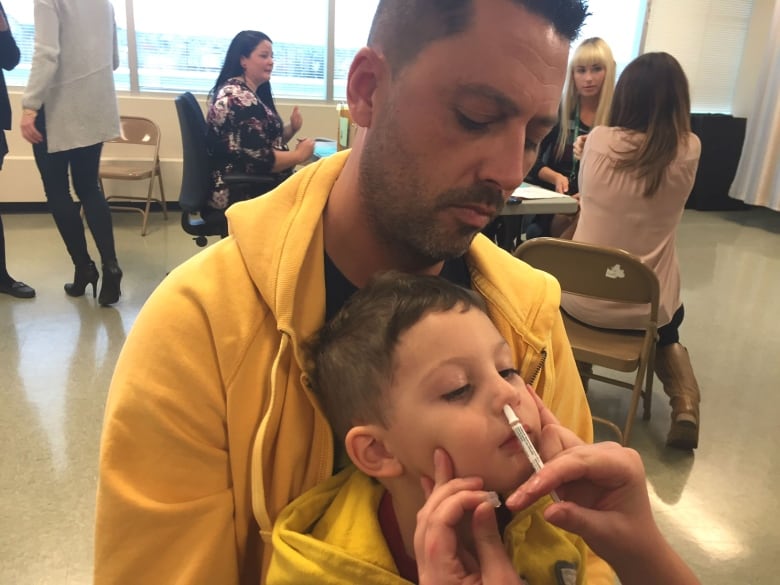 The flu vaccine can be given to children with a needle or nasal spray. (Dave Gilson / CBC)

Based on laboratory comparisons between the form of the H1N1 virus incorporated into the vaccine and the form of the virus that emerged as the dominant strain, "the vaccine component this season appears to be a good combination against H1N1 viruses that are circulating predominantly in Canada," said Maddison.

In addition, preliminary data from Australia – which has already had its flu season – showed that people who were vaccinated this year are 68% less likely to see a doctor or nurse for influenza compared to unvaccinated people, she said.

Choosing to take the flu vaccine – for yourself and your children – is a "no-brainer," Bogoch said.

"[It’s] likely to be much, much better than last year, "he said.

But even if it is not, the flu vaccine does more than prevent the virus, he said, noting that the data suggest that the vaccine may also help reduce the severity of the infection – which in turn could prevent hospitalizations.

When to seek medical care for your child

With increasing numbers of children getting sick with flu and other respiratory illnesses at this time of year, CBC News asked Dr. Jonathan Gubbay, a pediatric infectious disease physician and medical microbiologist at Public Health Ontario, for his advice to parents.

From a prevention point of view, the best things parents can do is to vaccinate their children against the flu, take care of washing their hands and keep them at home if they are sick, so as not to spread the virus to others, he said. .

When their children are sick, parents should look for signs of an "acute" respiratory infection, including pneumonia. These signs include:

If children have any of these symptoms, parents should take them to the doctor or nurse, or the hospital, Gubbay said.