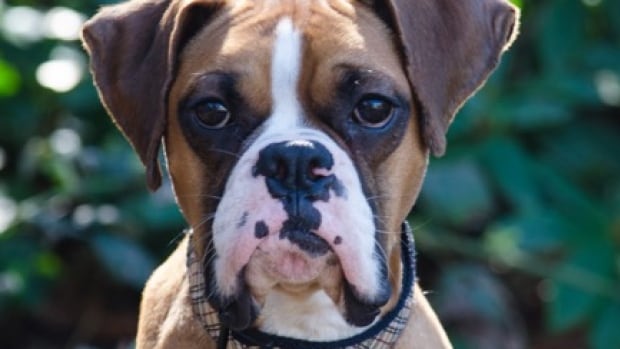 Two people were charged with cruelty to animals after an emaciated boxer was arrested in Vancouver last January.

BC SPCA said Cedric was so skinny, "each" of his ribs came out on his side. The dog also had an empty football on an empty stomach.

"He was just skin and bones, definitely the most emaciated dog I've ever seen in my 30 years rescuing animals," said Jodi Dunlop, BC SPCA branch manager in Vancouver, in a statement.

The boxer had a body condition score of only one of nine when he was rescued in January. The trembling dog's body was covered with pressure ulcers, and surgery was needed to remove the soccer ball. 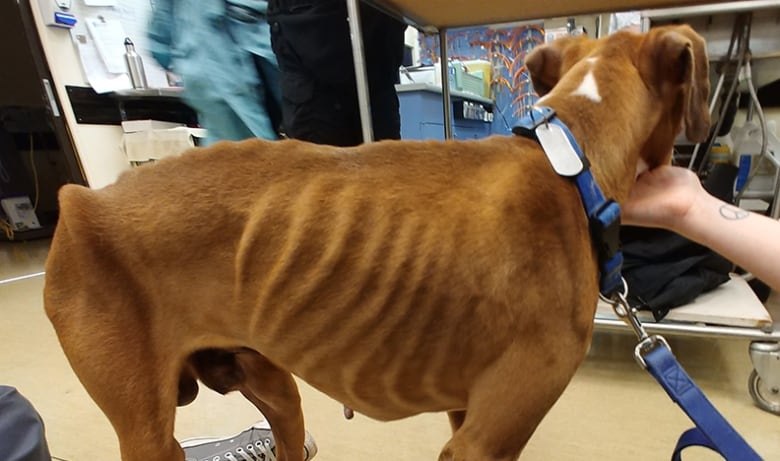 Cedric, a three-year-old boxer, before his recovery. (BC SPCA)

Dunlop, who promoted Cedric after the seizure, said she fed the animal "uninterruptedly" to bring him back to health.

"I fed him with a tablespoon of food every few hours, monitoring him carefully to make sure he did not eat more than he could handle," she said.

The three-year-old boxer made a "full recovery" after several months of intensive care. It has already been adopted in "a loving family," according to the agency.

The dog was presented with an Animal Courage Award in May, "in recognition of his resilience to suffering."

If convicted, Hui-Yu Lin and Mislang can receive a fine of up to $ 75,000, two years in prison and a lifetime ban on owning animals.