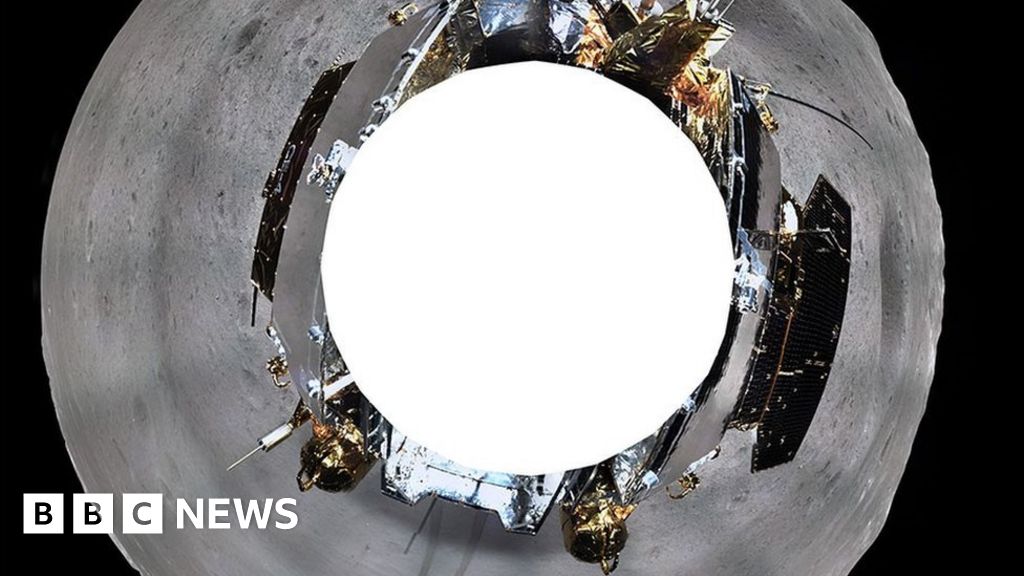 The Chinese space agency has released its first panoramic picture of the lunar location, where it landed the spacecraft this month.

The image shows parts of the static probe and the robotic robot, which now explores the landing site in Von Kármán's crater on the opposite side of the Moon.

The Chang-e-4 mission was the first attempt to bring down the side of the Moon that we do not see.

The rover just woke up from a "standby" period.

Controllers put him in this mode right after the touchdown as a precaution against high temperatures as the Sun rose to its highest point on the landing site.

These temperatures were expected to reach about 200 ° C. But China's Lunar Exploration Program (CLEP) said the Yutu 2 rover, its lander and satellite relay were all in a "stable condition."

CLEP, who released the footage, said in a statement: "Researchers have completed preliminary analysis of the topography of the lunar surface around the landing site based on the image taken by the landing camera."

In contrast to previous landing site images, the panoramic image was color-corrected by Chinese researchers to better reflect the colors we would see if we were there.

Online commentators had pointed out that these earlier, unprocessed images made the lunar landscape look reddish – far removed from the gray landscapes of family gunpowder from other surface missions.

In an article for The Conversation, Professor Dave Rothery of the Open University in Milton Keynes noted: "In the crude version, the lunar surface looks red because the detectors used were more sensitive to red than blue or green" .

Chang-e-4 was launched from the Xichang Satellite Launch Center in China on December 7. He landed at 10:26 p.m., Beijing time (02:26 GMT), on January 3. This is the first mission to explore the far side of the Moon from the surface.

Because of a phenomenon called "tidal blockade," we see only one face of the Earth's Moon. This is because the Moon takes the same time to spin on its own axis when it is necessary to complete an Earth orbit.

The farther side is more robust, with a thicker, older crust with more craters. There are also very few "maria" – dark basaltic "seas" created by lava flows – which are evident on the more familiar side.

The rover and lander are carrying instruments to analyze the geology of the unexplored region.

Space News reported that the rover would be placed in a dormant state on January 12, to coincide with the lunar night, when temperatures could fall to around -180 ° C.

During that time, the rover would have limited functions.