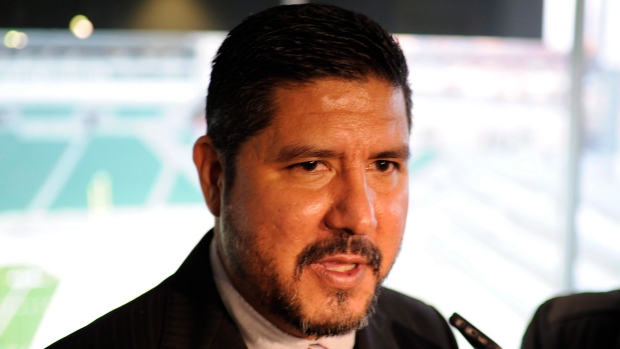 The Montreal Carabins U Sports program announced Wednesday that Calvillo will join the coaching team of football team Danny Maciocia in 2019.

Calvillo played as quarterback of the Montreal Alouettes from 1998 to 2013 and then joined the CFL team training team the following year.

This year he was a quarterback coach for the Argonauts in Toronto under former Alouettes coach Marc Trestman who was fired after the season.

The Carabins won a Vanier Cup and finished runner-up once since Maciocia, former Edmonton Eskimos coach, took over the program in 2011.