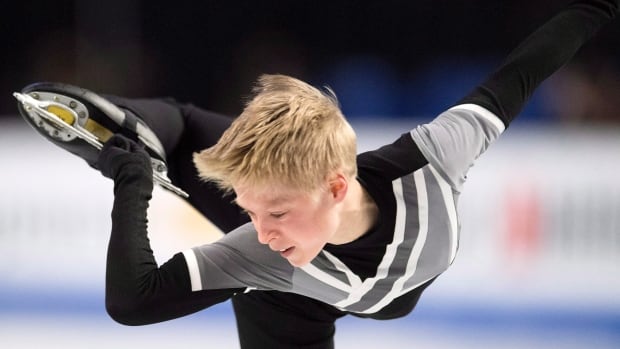 See the winning performance of Gogolev:

The 13-year-old Canadian was the first first substitute and went on to win the event. 4:17

The 13-year-old from Toronto defeated the competition with a combined score of 233.58 for the top of the podium. He was the youngest skater competing in the men's event.

"I still can not believe I won the competition," Gogolev told CBC Sports's Brenda Irving after his victory.

The 13-year-old Canadian won the junior men's gold in the Grand Prix Final. 1:50

Russian Petr Gumennik was the runner-up with 218.75 and Japanese Koshiro Shimada completed the podium with 214.38.

Gogolev came in second with 78.82 points after the short program on Thursday, but performed impressively on Friday's free program. His score of 154.76 easily propelled him to first.

"I tried not to think at all," Gogolev said about how he remained focused on the competition. "Think about your performance, think about your skateboard and do not care about anything else."