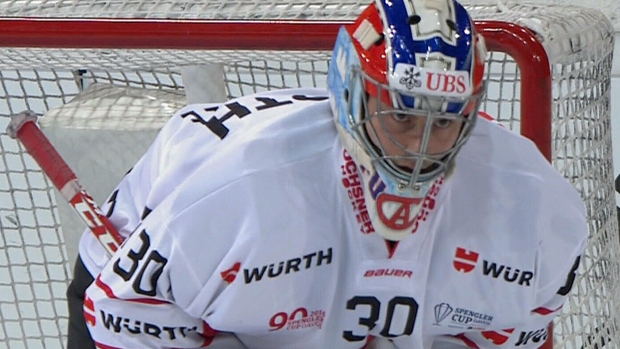 DAVOS, Switzerland – Matt D'Agostini's goal early in the second period was the winner, with Canada winning HC Davos 2-1 on Wednesday in the opening game of the two Spengler Cup teams.

Zach Boychuk opened the scoring for Canada while Zach Fucale made 18 saves for the win.

Thierry Bader ended Fucale's shutout less than two minutes from the end of the second half and Anders Lindback stopped 24 for HC Davos.

HC Davos hosts what is considered the oldest hockey tournament in the world annually.

Although most of the teams participating in the event are club teams from across Europe, Hockey Canada brings together a team of free agents and other Canadians playing abroad to compete.

Canada has won the tournament 15 times since their first appearance in 1984, including the last three years.