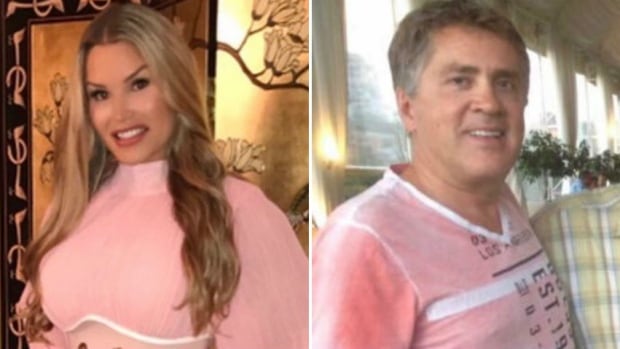 A wealthy Calgary businessman who would be sentenced on Tuesday after paying nearly $ 1 million to current and former police officers to harass his ex-girlfriend did not appear in court – with his lawyer saying he was in a hospital in Russia.

If he does not appear in court on Friday, a warrant throughout Canada could be issued for his arrest.

Ken Carter would be sentenced on Tuesday alongside Steve and Heather Walton, former employees of the Calgary Police Service, for corruption-related crimes involving the pursuit and harassment of his former girlfriend, Akele Taylor. Carter paid Waltons and his employees nearly $ 1 million.

Wolch told the judge that his client's situation was "against his control" and that he is in a cardiology unit at a hospital in Kazan, a town about 800 kilometers east of Moscow.

On May 21, prosecutors Katherine Love and Ryan Persad expressed concern that Carter was a flight risk and asked him to surrender his passport.

"Did you know he planned to leave the country?" the judge asked Wolch.

Wolch replied, "Not specifically," and pointed out that the family of his client's wife lives in Russia.

He also provided the court with two letters he said were from the Carter hospital, saying the 59-year-old man was hospitalized.

According to a translation, the letter says:

Mr. Kenneth Robert Carter, born in 1960, was urgently admitted to the cardiology department of Municipal Hospital # 7 on June 10, 2019. He is currently being treated at the hospital.

Love noted that Carter is in a country that does not have an extradition treaty and asked the judge to advise Wolch to provide his client's travel itinerary so the Crown can investigate the details of when he left the country and when he planned to return .

Poelman made the request and also issued a writ of mandamus, which could be activated if Carter did not appear in court on Friday.

In 2012 and 2013, Carter paid about $ 1 million to retired CPS executive Steve Walton and his wife, Heather Walton, who ran an unlicensed private research company.

Carter wanted the Waltons and their employees to harass Taylor, his ex-girlfriend, in the hope that she would give up custody of the daughter they shared.

A GPS tracking device was put up by Waltons employees in Taylor's car. In 2012 and 2013, Taylor was then harassed and her friends received money in exchange for negative information about her. At times, the harassment occurred by Walton employees while they were on Calgary police vehicles.

The trio's defense lawyers have argued that surveillance was conducted at Taylor to monitor their lifestyle and provide security for Carter and his daughter.

Text messages between the three defendants and others who worked for them showed an effort to dress Taylor, "push her to the limit" and take her to the "end of her rope."

They pledged to "follow her around the world" if necessary.

Carter was convicted of criminal harassment. Steve Walton was found guilty of this charge, as well as charges of bribing an officer and misuse of a firearm. Heather Walton was convicted of bribing an officer as well as the indictment of firearms. The jurors were unable to decide if she was guilty of criminal harassment, so a wrong judgment was declared.

Bribery allegations are about paying police officers to access and share information from internal CPS databases about Taylor and his friends.

During the execution of a search warrant in the Waltons' home, police found firearms that were stored improperly.

Weeks before the trial, Taylor disappeared and never testified to the prosecution. She told the detective that she did not want to see Carter convicted anymore.

But she testified in April 2018 at the trial of three current and former police officers – Bryan Morton, Brad McNish and Tony Braile – who were convicted of corruption-related crimes for their involvement in Taylor's harassment.

The officers were employees of the Waltons.