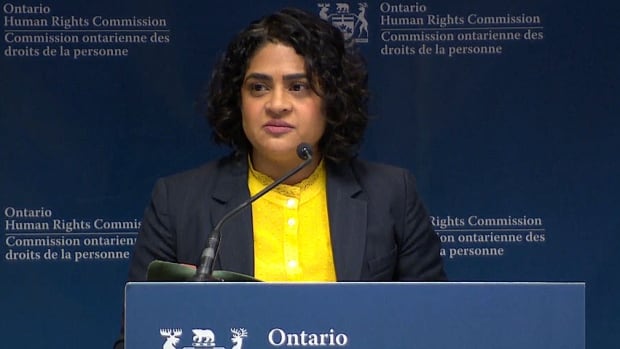 A black person in Toronto is nearly 20 times more likely to be shot and killed by the police than a white person, according to a new report by the Ontario Human Rights Commission on race and policing.

The commission's interim report said blacks were overrepresented in various types of violent police interactions, including cases of use of force, shootings, fatal encounters and fatal shootings.

"[The report] confirms the longstanding concern of black communities that they are overrepresented in cases of serious injury or lethal force involving TPS, "according to the report released on Monday.

The report, entitled "A Collective Impact", analyzed two periods of data from the Special Investigations Unit (SIU) between 2000 and 2006, and 2013 and 2017. The analysis was conducted by Prof. Scott Wortley, a criminologist at the University of Toronto. .

The SIU is the watchdog of the Ontario Police, which investigates police interactions involving serious injuries, death or allegations of sexual assault.

Severity of incidents a concern

Despite the fact that blacks account for 8.8% of the population of Toronto, the OHRC found that they were "overrepresented" in SIU investigations.

The report also found that blacks were more likely to get involved as the severity of the incident increased.

The OHRC report also found that more white people were carrying guns in the use of force cases by the police, and that white people reportedly threatened or attacked the police more often than black people. In police shootings, 20 percent of whites carried a gun against 11.1 percent of black civilians.

Members of Toronto's black community say the findings confirm what they have known for decades.

"These are not, in fact, new times," said Sam Tecle, who works for a youth program in the Jane and Finch neighborhood in Toronto. 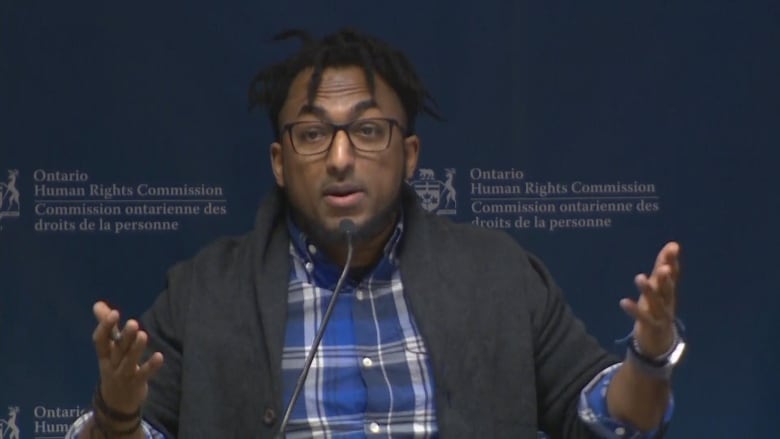 Sam Tecle, who works with youth in the Jane and Finch neighborhood in Toronto, said the report reflects the experiences of the black community. (CBC)

He said that black youths repeatedly say that they deliberately try to avoid the police for fear of being targeted.

"Do I feel like talking to the police today? Do I want to be harassed, bothered, questioned?" Tecle said about his concerns. "These stories are everyday, they are common."

The final version of the report is expected to include extensive internal data obtained from the Toronto police, including incidents of lower-level force use and carding instances. OHRC expects to release these findings in 2020.

"Clearly, we establish that these disparities and disproportionalities exist. The next step in the analysis will try to explore the various explanations for these racial disparities," said Wortley. "I do not think we can ignore these differences and sweep them under the table."

In a joint response to the report, Toronto police and the Toronto Police Service Board said that no organization is "immune from explicit and implicit biases" and that the force is actively working to address these issues.

However, the service also indirectly raised concerns about the legitimacy of the results.

"Some may raise questions about the approach, methodology and statistical basis of this report, and it is important that all these issues be scrutinized to ensure the most thorough and fair analysis and accounting," the statement said.

The police did not elaborate exactly what these questions could be. The statement goes on to say that the police will commit to "doing even better" when it comes to reducing prejudice.

"We have worked for several years to address these challenges in a variety of ways and with a variety of partners. In fact, our ongoing work will be shaped and informed by a large number of steps already taken and ongoing," the report said. 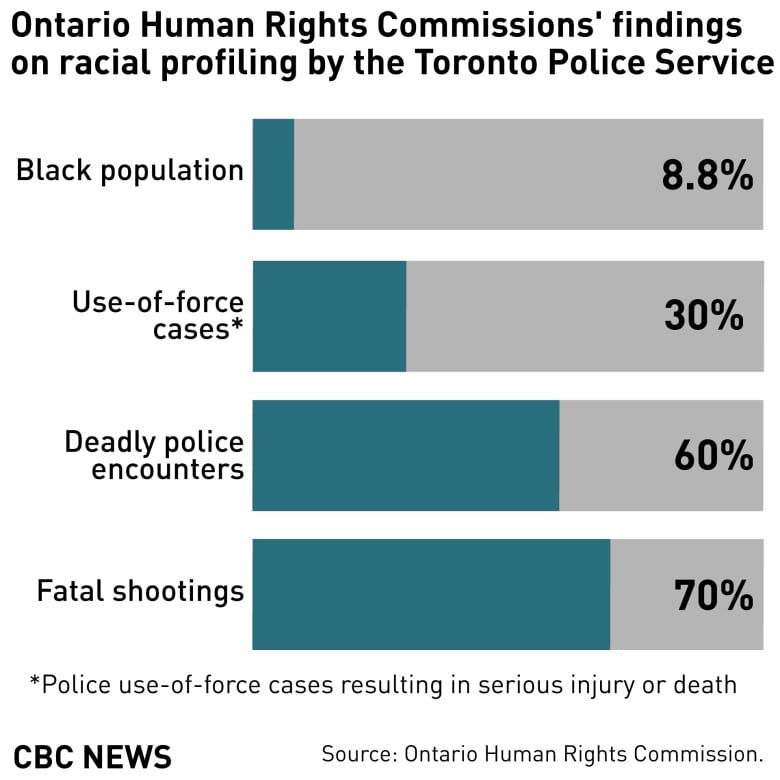 OHRC wants data based on race

The OHRC is asking the Toronto police to recognize the racial disparities and community experiences described in its report. The commission also wants the Toronto Police Department to require officers to begin collecting and publicly disclosing race-based data.

Toronto police said they would accept the recommendations, but added that the collection of race-based data required further scrutiny by the anti-racism advisory panel.

"This work will address legitimate concerns surrounding the impact of race-based data collection on interactions between police and community members in Toronto and seeks to collect such data in a way that will strengthen our connection to the communities we serve," he said. the statement. read.