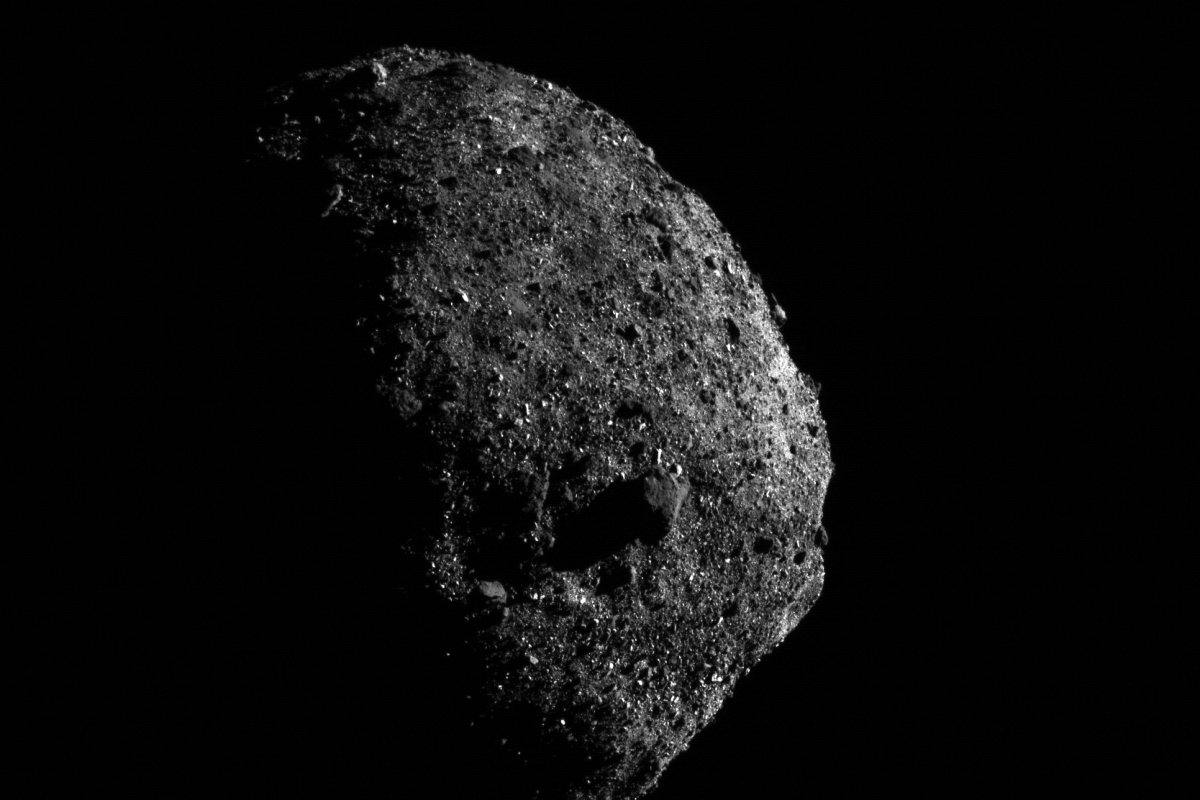 An "apocalyptic asteroid" that could mean the death of our planet was captured closely and personally by NASA.

The agency released its best photos yet of Bennu, a space rock four times the height of the London Eye, taken by its high-tech Osiris-Rex spacecraft.

Bennu, an asteroid 72,000 miles from Earth, is billions of years old and scientists are hoping to discover how life has formed on Earth by studying the chemical composition of rock.

It was labeled as an "apocalyptic asteroid," and NASA says it has a 2,700 chance of reaching our planet in the next century.

If it collides with Earth, the rock will release 80,000 times more energy than the Hiroshima atomic bomb blast.

Osiris-Rex orbits Bennu since December, and had his latest footage on January 17, when he was only a mile above the surface of the space rock.

The spacecraft took the close using its NavCam 1 navigation camera, which it usually uses to track the path of its orbit.

With about 500 meters in diameter, Bennu is the smallest object orbited by a spacecraft.

The size of the space rock means that its gravitational pull is not very strong, so Osiris-Rex has to keep an eye on it to make sure it's on the right track.

The space probe aims to help scientists understand what makes up the asteroids that pass through our planet.

Alexander the Great was buried alive after the illness paralyzed him for six days,

Cataclysm caused by the planet of death & # 39; is IMPROVED, crackpot preachers warn

Osiris-Rex found water signs in Bennu a few days after landing on the mysterious space rock.

NASA previously said that Bennu is a "potentially dangerous" asteroid that can strike our planet in the next 100 years.

But you should not worry too much – a top NASA official said this month that his experts would let the world know if an apocalypse was on the way.

That's because there would be "no way" for the space agency to hide a catastrophic asteroid if it were heading for Earth.

Are you worried about the destruction of Bennu on the planet? Let us know in the comments!