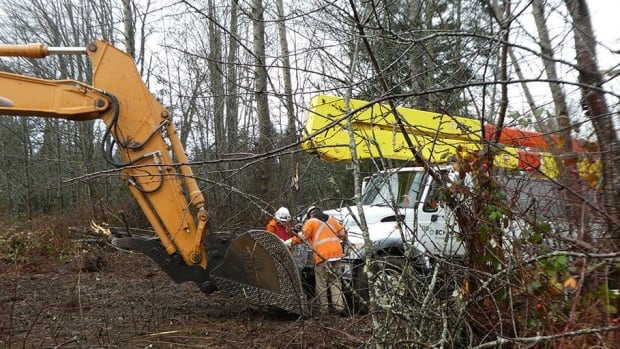 Last week's storm caused so much damage in some of the Southern Gulf Islands that teams must rebuild parts of the electrical distribution system, according to BC Hydro.

More than 900 workers, including crews from as far away as Alberta and the East Coast, were on the pitch on Boxing Day, the utility said Wednesday.

More than 700,000 customers lost power after Thursday's storm and on Boxing Day the lights were still off at about 7,000 homes on Vancouver Island and the southern Gulf Islands.

BC Hydro says everyone on Vancouver Island is expected to have power by Thursday, but major damage to the Gulf Islands means work can be delayed until New Year's Eve.

Last week's storm was the worst that BC Hydro saw in two decades. Winds with gusts of up to 100 km / h crossed South South America, knocking down trees and breaking power lines.