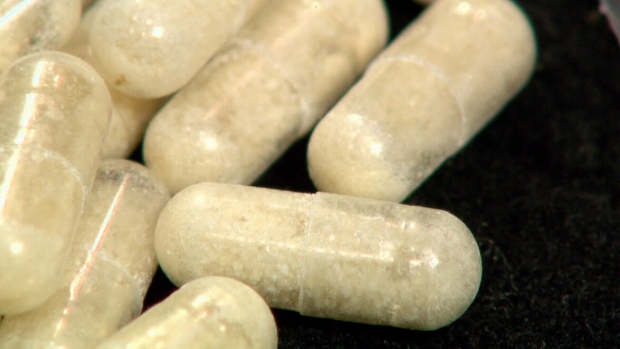 The latest data from the coroner suggests that 2018 is on track to be another record year for illicit drug overdose deaths in the province.

In September, 128 people died of a suspected overdose in B.C. – an average of 4.3 deaths per day. Figures released on Wednesday represent an eight percent increase over August, and a staggering 38 percent increase from the same month last year.

Overdose rates of illicit drugs are highest in Vancouver, Thompson Cariboo, Northern Interior, Okanagan and the south of Vancouver Island.

So far this year, 297 people have died in the city of Vancouver. The local death toll is already larger than the full year 2016, and only 72 people less than in 2017.

The updated figures were released on the same day that Vancouver's new city council was to vote if the mayor was to seek urgent provincial funding to fight the crisis.

An estimate before the council based on police data suggests that the death toll this year in the city may have exceeded 300 last week.

The number of overdose calls for rescuers is approaching the total reached in 2016, at about 4,600, and in some parts of the city, even one-in-10 of those calls ended in death. The above map is the update of the opiate crisis presented before the city council this week.

If the council approves the proposal, Mayor Kennedy Stewart will ask the government to match the amount raised by the municipal government through a 0.5% tax increase it approved in 2016. The tax increase has raised about $ 3, 5 million.

The city hopes to use the money for safe spaces, data monitoring, treatment options and prevention services.

The report suggested that fentanyl was involved in 77% of fatal overdoses in the past two years, cocaine in half, methamphetamine or amphetamine in a third, and heroin in less than a quarter.

So far this year, seven out of 10 people who died were between 30 and 50 years old, and about 80% were male. Most of the overdoses resulting in death occurred inside, and about two-thirds were in a private home.

The report said that more fatal overdoses occurred during the days following the income assistance payments than every other day in 2017-18. The chart above is from the last BC Coroners Service report.

Correction Notice: An earlier version of this article erroneously stated that the Vancouver City Council had already voted in favor of seeking provincial funding. The Canadian press issued a correction Wednesday afternoon that the vote had not yet taken place.