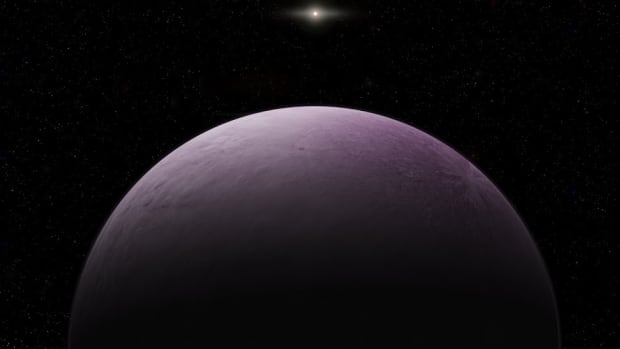 Astronomers have identified the farthest object known in our solar system – and they have nicknamed the pink cosmic body of "Farout."

The Minor Planet Center of the International Astronomical Union announced the discovery Monday. 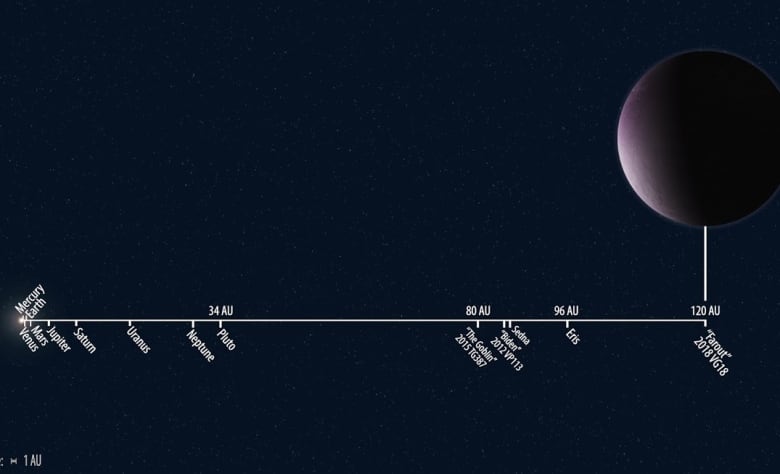 Scott Sheppard of the Carnegie Institution says the object is so far away and moving so slowly that it will take a few years to determine its orbit. At this distance, it may take more than a thousand years to orbit the sun.

Astronomers saw the dwarf planet in November using a telescope in Hawaii.

It is estimated at 500 kilometers in diameter. 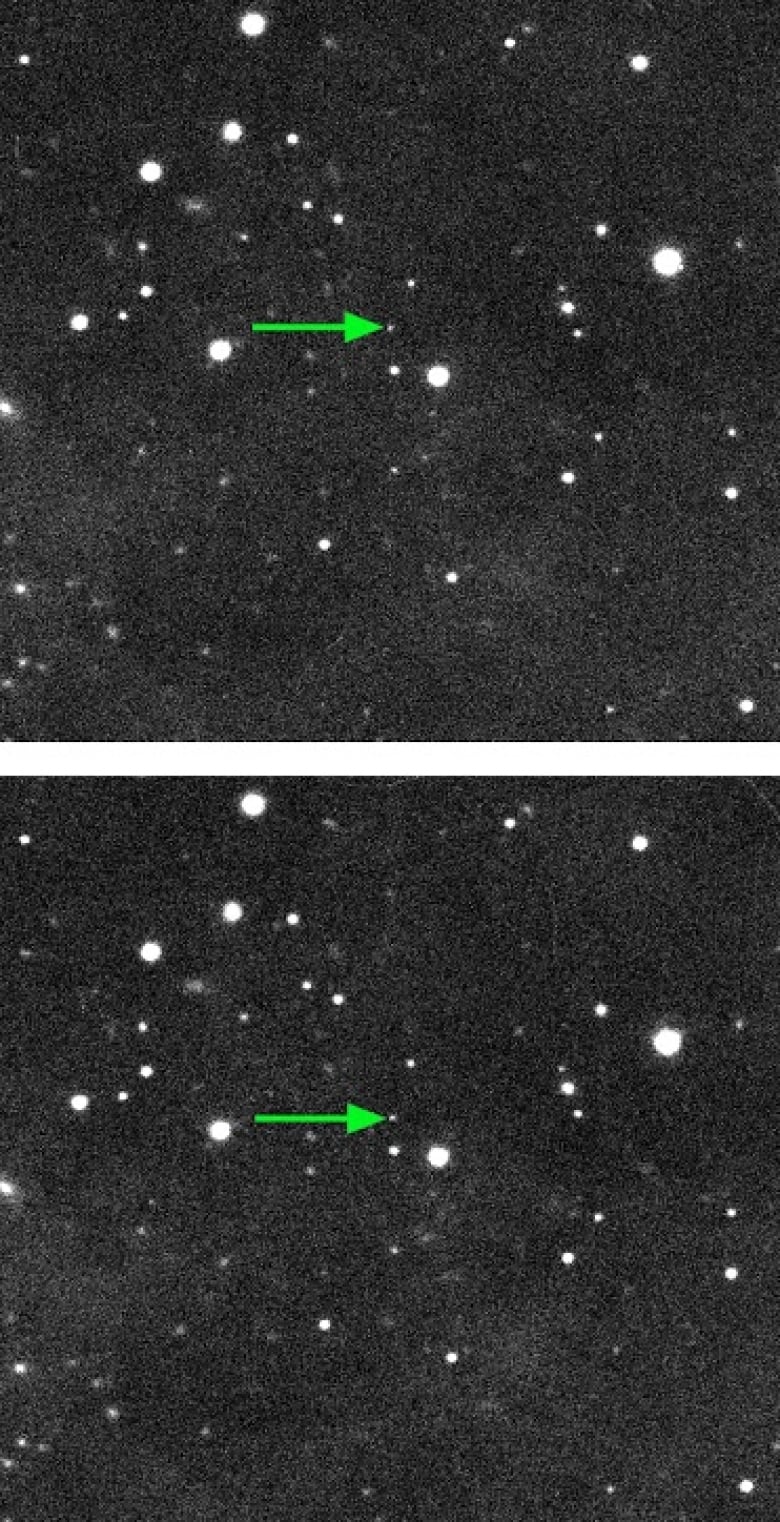 Images from the Discovery of 2018 VG18 & # 39; Farout & # 39; of the Subaru Telescope on November 10, 2018. The Farout moves between the two discovery images while the background stars and galaxies do not move for an hour between the images. (Scott S. Sheppard / David Tholen)