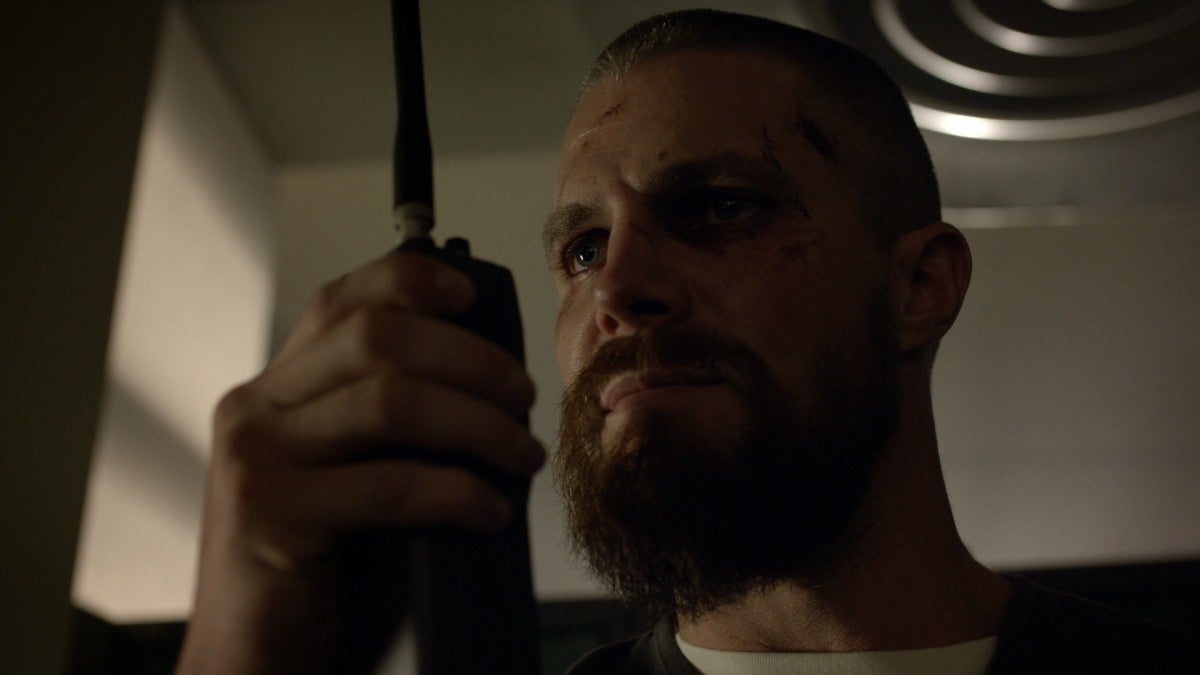 Warning: Complete spoilers for the episode below.

The cast and team of Arrow have been very stimulating this week's episode. It is not difficult to understand why. "The Slabside Redemption" is the culmination of the plot of the season 7 big prison, and the source of the long-awaited rematch between Oliver Queen and Ricardo Diaz. But despite all this, this episode does not live up to expectations. It's not even the strongest episode of season seven.

On some level, you have to feel bad for the cast and crew that this episode is playing a few weeks after Daredevil Season 3 hits Netflix. This series already serves as the gold standard when it comes to martial arts superheroes on TV, and this is to say nothing about the incredible fight scene in the prison of Episode 4. It is difficult not to make comparisons between the two, given the how similar they are in terms of tone and configuration.

To some extent, drawing direct comparisons between Arrow and Daredevil is an apple / orange scenario. The Daredevil has a larger budget and fewer episodes, in addition to being served more directly to older viewers. More than any other series of superheroes, she can look like a 13-hour movie every season.

But, on the other hand, it's not really the budget that made the Daredevil prison so memorable. The Ark jail battle is actually much more ambitious in terms of scale and large numbers of fighters. Daredevil simply did less with more. The choreography was much more complex. The claustrophobic environment was best used. The lighting ensured that it was really possible to see all the moves and keep a clear sense of where each fighter is and how they are moving in the frame.

Despite having James Bamford (arguably Arrow's best director when it comes to action scenes) behind the cameras this week, the action was disappointingly bland. At best, the main fighting scenes used the height of the prison environment in their favor, particularly the sequence in which Ollie and Turner fought simultaneously against enemies at various levels. Other than that, the action rarely stood out this week. The low one was easily the corridor battle between Ollie, Sampson and Brick. The dim lighting made it extremely difficult to tell which was the fighter, to the point of really thinking for a moment if Sampson had suddenly decided to betray Brick and join Team Ollie.

Ollie's revenge was also oddly disappointing. The decision to give Diaz a super-force definitely touched on that. Instead of allowing a fight between equals, this fight basically consisted of Diaz attacking Ollie until he finally lowered his guard. Why was this point of super-strength really necessary?

At least I appreciate the poetic end of this phase of Ollie's rivalry. After promising that he would never die in prison, Diaz found himself underestimating his enemy again and seeing his greatest fear materialize. Although here again, the episode proved frustrating and uncertain. I actually thought Ollie killed Diaz based on the final shot of the bleeding villain and contemplating his failure. But according to Stephen Amell himself, Diaz survived and became merely the new Inmate 4587. Honestly, at some point, Arrow must leave Diaz. Between this and the fact that the Longbow Hunters quietly left Star City, it seems that these characters are being put into mothballs rather than receiving a full and proper farewell.

Despite all these complaints, there was still a lot about "The Slabside Redemption", which worked very well. On the one hand, the decision to keep the story firmly planted in Slabside and ignore the rest of Team Arrow helped to create a more focused narrative. It is much easier to feel the tension and isolation fueling Ollie's mission if we remain as isolated from the outside world as he is. Because of this, the buildup until the final confrontation between Ollie and Diaz worked well, even if the payoff was insufficient. The sequence of the living room worked especially well, with Diaz's teasing rage playing well against Ollie's helpless and helpless fury.

It also turned out to be a great week for Michael Turner's Ben Turner. Since his first appearance, Turner has never been given due credit. The show took the more complex Suicide Squad member and shelved most of his interesting qualities. This season gave Arrow's writers a late chance to solve this problem and maneuver Turner to become the hero (or at least anti-hero) he is capable of. Turner's decision to help Ollie seemed a bit abrupt, and he wished the earlier episodes had done a bit more to establish that change of heart. But regardless, it's great to see a more subtle interpretation of the character, especially with the door being left open for his return to the Suicide Squad.

Despite the inelegant fighting scenes, this episode also served as a strong farewell to the former allies of Turner, Sampson and Brick. It's been fun to have these two in recurring roles, but they've pretty much survived its usefulness right now. And so both were properly condemned, with Sampson being sliced ​​and burned alive and Brick being stabbed by the last detainee he expected. Speaking of which, it was fun to see the dark side of Stanley emerge this week, and he must be a nice antagonist when he will inevitably get back to his head in Star City.

For all that this episode seemed about to become the final epic that Ollie's prison story deserved, execution left much to be desired in "The Slabside Redemption." Even ignoring the inevitable comparisons of the Daredevil, the action scenes simply did not fit. While this episode built a strong sense of tension early on, the final dull battle between Ollie and Diaz did not keep up that momentum. Strangely enough, this episode ended up making more of Michael Turner's Jai Whiote than any of the top players.