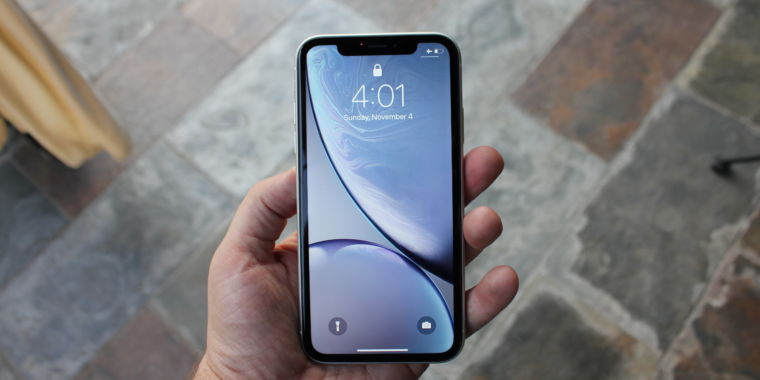 Apple released a new version of iOS yesterday, and the public notes this time apply only to iPhones. Tagged as iOS 12.1.2, it arrives only two weeks after 12.1.1, and basically fixes some bugs.

Both bugs are related to cell connectivity and apply only to the three phones released this year: the iPhone XR, iPhone XS and iPhone XS Max. One is a problem with the activation of eSIM on these devices. (ESIMs are a new feature of these phones that allow a single phone to have multiple numbers or carriers; they are useful if you, for example, have separate personal and work phone numbers or are a frequent international traveler.)

The second bug is related to cellular connectivity specifically in Turkey.

Here are the notes that accompany the update:

IOS 12.1.2 includes bug fixes for your iPhone. This update:

The cadence of this update is unusual; Apple usually waits longer between the updates and distributes more beta versions than we've seen here. When this cadence was broken recently, it was because the update in question solves a very urgent and serious problem. For example, Apple released a quick succession of small updates to iOS 11 (11.0.1, 11.0.2, 11.0.3) in late 2017. These updates corrected a problem that broke e-mail functionality with Exchange servers, and in then an audio problem with iPhones, then audio and screen issues on iPhones, all within a few weeks.

These eSIM issues are relatively small, prompting enthusiastic publications like AppleInsider and MacRumors to speculate that iOS 12.1.2 may include changes that address Qualcomm's patent violations that have led Qualcomm to try to ban the sale of certain iPhones in China . . If these changes are included, Apple has not publicly spoken about them.

Typically, Apple also provides a list of security changes associated with each update on its developer site. But the entry for iOS 12.1.2 reads "This update has no published CVE entries".