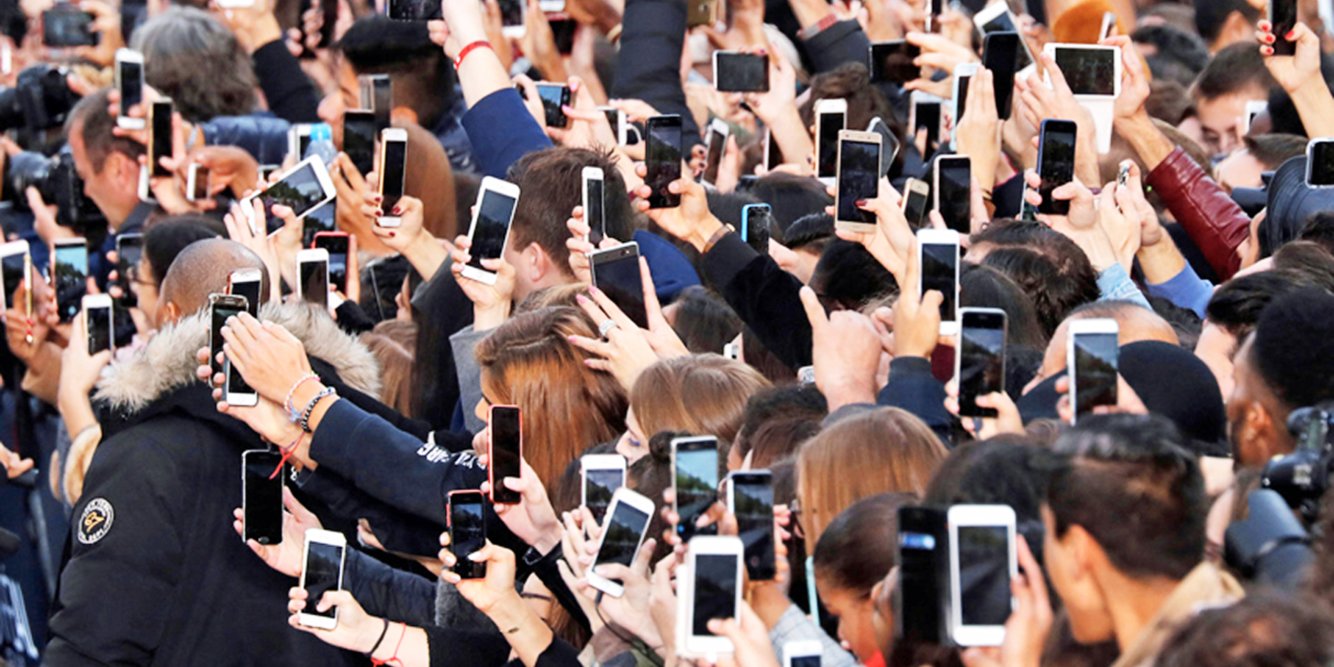 Storyteller: All these phones were launched in 2018. They were made by 14 different companies. Why do they all look the same? The modern smartphone can be described in three ways, a large screen, a notch and no headset. It's no surprise that smartphones do not always look the same. But how do we end up with this glass plate design? In 1994, IBM launched what is considered the first smartphone. The Simon Personal Communicator had an LCD and a monochrome pen. It included some smart capabilities, such as sending e-mails and faxes. Compared to other phones at the moment, Simon has put more focus on the screen. The body of the phone was just a shell. This balance may remind you of another popular smartphone.

In 2007, the launch of the iPhone began a design trend that lasted more than a decade. Instead of having a full keyboard or a complicated design, the iPhone removed most of the hardware and instead focused on the touch screen. Buttons can be limiting. They are defined when a phone is created and can not be changed, but software and applications can be changed and updated with new features. Over time, tricks and hardware accessories did not fit. But thousands of new apps are launched every day. Applications can change and evolve, and they have become the reason why we use our phones. A few years after the iPhone, companies like Samsung and Motorola followed suit and created phones with large screens and buttons on the sides and bottom. As technology improved, the phones got thinner, larger screens and more powerful processors. The phones still have fewer buttons, but the design remains very similar to the original iPhone. So what's so special about this glass rectangle?

Neil Mansfield: I think all smartphones look the same, because of two main reasons. One of them are the humans who are using them, they are practically all the same. So there is not much variation that a manufacturer can do from the human point of view.

Storyteller: Neil Mansfield is a Nottingham Trent University professor. He pointed out that what most people want is a phone that they can hold comfortably and easily put in their pockets.

Neil Mansfield: The other aspect of this is being driven by the technology available. If you can only make batteries of a certain format, this will determine the size of the phone and the shape of the phone. If you can only make one screen of a certain shape factor, it's exactly the same. And that's why we see phones that are flat, why we see phones following that rectangular shape.

Storyteller: New phones are launched every year, but manufacturers are limited by the technology currently available. Take the notch, for example. It looks weird and can be a bit distracting, but it houses useful features like cameras, sensors and front speakers. Several companies have tried using hardware tricks to get rid of the notch, but until technology advances, we are stuck with this in conventional phones. In addition to technological challenges, trends play a large role in phone design. Looking at the history of smartphones, it is clear that Apple has been the trendsetter. Apple is not always the first, but when they add or take features, other manufacturers tend to follow. Samsung, for example, began to push the screen to the edge before Apple, and so far they have avoided including a notch in their phones. But, competitors did not follow the design of Samsung, they chose the one from Apple. But, in fact, there are some benefits to similar phones. It is easier for consumers to switch from one phone to another when the learning curve is not so steep. But the problem with these similar projects is a serious lack of innovation. Critics urged Android makers to miss an opportunity to avoid slotting and adopt a new design, separate from Apple's. If companies are unwilling to innovate, new cell phone models will always look the same, giving consumers less reason to upgrade. In a time when more than a dozen major phones are launched each year, it can be really difficult for a typical user to differentiate between two phones. How do you know if the latest LG phone is better than the latest Google phone if the two look the same? But maybe that's it? Have we reached the peak of our smartphone design? Judging by the exponential speed of technological improvements, probably not. Further advancements in technology can drastically change the appearance of our phones.

Neil Mansfield: As we get new materials or batteries, as we get new display technologies, this will allow phone designers and manufacturers to be more creative in what they do.

Storyteller: But for now, companies are trying to evolve as much as they can within the cash they receive.