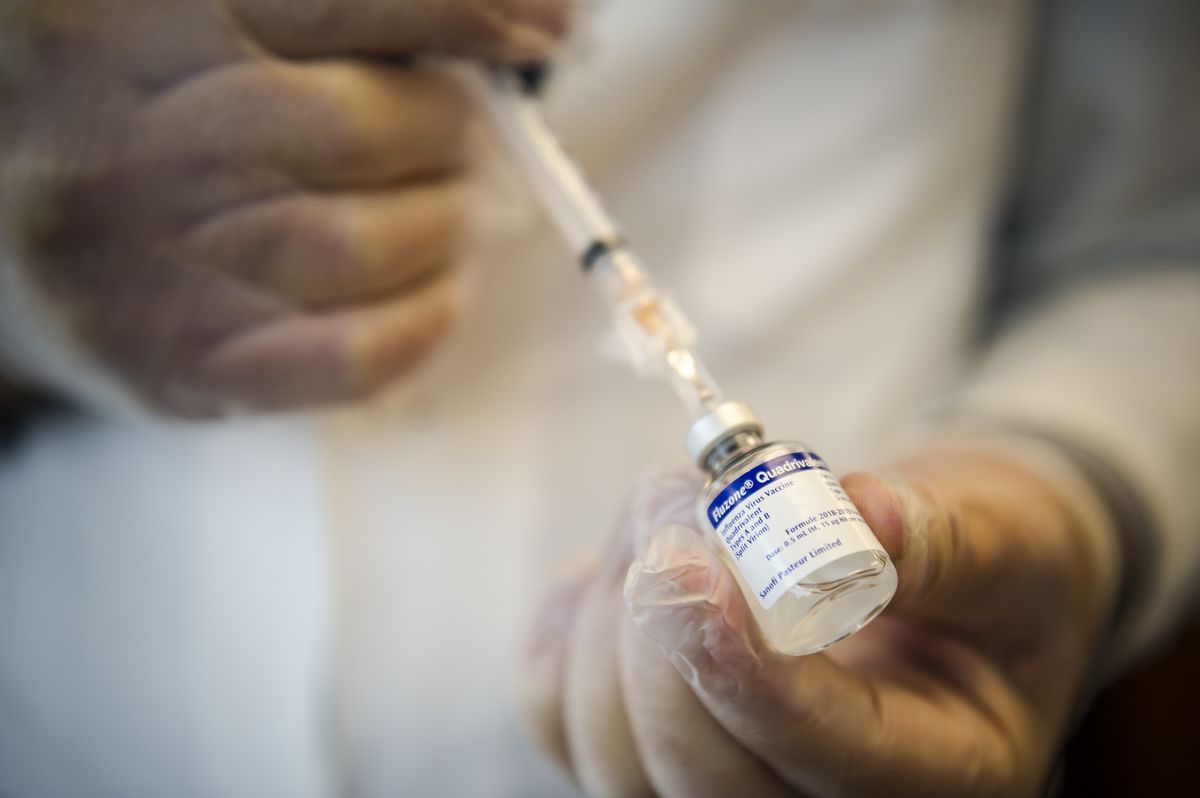 Canadian pediatric hospitals are seeing an outbreak of influenza-related hospitalizations as H1N1 re-emerges as the dominant strain of flu this season.

The number of children admitted to the hospital for the viral illness so far this season is more than twice as high as it was this year last year, and more than three times higher than it was at this time in the flu season of 2016-2017 . , according to the Public Health Agency of Canada (PHAC).

More children have also been sent to the intensive care unit to fight serious incarnations of the flu than in this recent period, the figures show.

The reason the flu is reaching children and adolescents more than usual is the return of H1N1 after two seasons in which another type of influenza A, known as H3N2, prevailed.

There is, however, hope for this change: while H1N1 is difficult for children, it is easier for the elderly, the group most prone to serious complications and deaths from the flu.

Public health experts also say that the flu vaccine tends to work better against H1N1 than against H3N2, which means the flu may end up having a milder toll in the 2018-2019 season than in the past two seasons.

"Generally, H1N1 stations may be milder. The reason they may be milder is that older people who survived H1N1 when they were younger have better immunity against H1N1, "said Michelle Murti, a public health practitioner at Public Health Ontario. What we see is a shift to a younger age. group in H1N1 years, where children and young adults tend to be more susceptible. "

H1N1 is best known as the culprit behind the 2009-2010 flu pandemic, when a variant of the never-before-seen virus has emerged to plague and kill far more people than the seasonal flu. Today's H1N1 is very similar to the pandemic strain, but has much less impact now that patients had a chance to build immunity against it.

Very small children, however, did not have as much opportunity to raise their defenses against H1N1.

Influenza-related admissions to ICUs are also rising: 71 so far this season, compared with 35 and 18 respectively at this point in the past two seasons.

The pediatric hospital network has documented at least one flu death so far this season but less than five; for privacy reasons, PHAC does not disclose exact figures when there were fewer than five deaths.

On the other hand, the number of outbreaks of influenza in long-term nursing homes is declining.

In British Columbia, for example, there have been only six confirmed outbreaks of influenza in long-term facilities, a considerable drop from 36 outbreaks to last year and 63 from the previous season, according to Danuta Skowronski, the epidemiological leader of the flu. the influenza and emergency respiratory pathogens program of the Center for Disease Control of BC.

Theresa Tam, head of public health in Canada, said that another anomaly this season is that the flu began to spread earlier than usual in some parts of the country, especially in the Prairies.

This helps explain why the number of laboratory confirmed cases of influenza is 22% higher than in the previous period, with 13,796 cases reported on December 29, the most recent date for which data is available. That's 11,275 in the same time period last season and 6,180 at that point last season.

"There may seem to be more activity at this point, but it's just an early start," Dr. Tam said. "What we do not know is how that will progress." We have not yet seen this peak. "

Dr. Tam emphasized that it is not too late to get a flu shot, especially in places like Ontario, where the flu season is only gaining momentum.

A mid-season evaluation of this year's vaccine efficacy is not expected until the end of January or early February, but Dr. Tam said early signs point to the injection working better this year than last year.