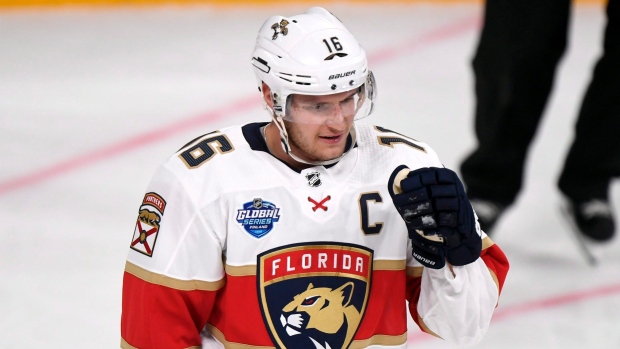 We are in the middle of a possibly historic regular season again in 2018-19. But I'm not talking about goals, assists, plus-minus, kicks or save percentages. I'm talking about differential penalty and the work that Aleksander Barkov is doing this season in Florida.

Keep in mind that only seven players in NHL history have finished an entire regular season without registering a single minute penalty. Butch Goring (1980-81, NYI) and Craig Ramsay (1973-74, BUF) are probably the most impressive in this class as both have managed to play 78 games in their respective seasons.

We are far from serious talk about Barkov pursuing this kind of record, but it is something to be noted. We must remember that the seasons of Goring and Ramsay came during a different era. In the last decade, only one player has managed to spend most of the regular season without suffering a penalty: St. Louis Carl Gunnarsson in 2014-15, and this was in a season of 61 games truncated.

The only problem with this is that we are only looking at half of the equation. What we have been worrying about lately is the penalty differential – a statistic that has been publicly available since the 2007-08 season. While it is important to stay out of the penalty area, it is equally important to be able to apply penalties (and therefore gain opportunities to play powerfully) to your respective team. The more net penalties you create for your team, the more goals and wins you add to the ranking. This is extremely valuable.

Barkov also leads the NHL on penalties this season – by a sizable margin. His 22 drawn penalties are comfortably at the top of the NHL, six ahead of New Jersey. Nico HischierColorado Nathan MacKinnonand Edmonton Connor McDavid.

So perhaps the most talented player in the league, by avoiding penalties, is also establishing himself as the most talented champion in the draw. This made me think, with some historical context, how impressive the Barkov season was. There is really only one statistical player comparable to the season that Barkov is having and that is Dustin Brown almost a decade ago. Brown, if you remember, has posted some legendary totals of penalties – he drew 81 penalties in the 2008-09 season and followed with 71 draws in 2009-10. These numbers have never been touched, though Brown has made up for some of his minor and major punishments.

To that end, I'm not sure we've seen a season like the one Barkov is having. He did not take a single penalty. He has more penalties in the championship. He is on pace to bring the best penalty differential in the modern era of hockey, and looks likely to be the best number we've seen in decades. The best part is that this is not merely an interesting curiosity – these penalties are real and tangible, and Florida already has about five goals better than expected on Barkov's penalty alone.

What we have here is a possible trifecta record. The odds are still against him, but Barkov may be the first player in 40 years to finish the season without suffering a penalty. He also has a chance (even if away from home) in Brown's record of penalties. It also has a very real chance of the best penalty differential we've seen on a player as long as the dice are available.

Now this is chasing history!