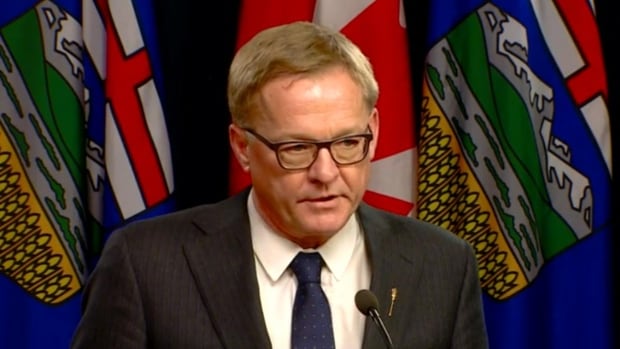 Alberta Education Minister David Eggen is investigating employment agreements signed by Catholic schoolteachers amid concerns that they might be fired for being in gay or common law relationships.

Eggen says he has ordered all 17 Catholic councils to send him copies of their agreements to see if they meet legal standards.

"What we hear not only [in] Calgary, but also other places, it's unsettling, "Eggen said on Friday.

"You can have a certificate of faith, I mean, that's one thing, but denying someone the job or resignation based on their sexuality or other factors is not acceptable."

He said the ways to deal with such cases would be to go to the Alberta Human Rights Commission or file a complaint to the Alberta Teachers Association.

Catholic councils in Calgary and Edmonton confirmed this week that teachers should sign agreements promising to live according to Catholic values.

The Calgary council says these values ​​include not being in common law or same sex relationships.

The Alberta Teachers' Association said that the law governing so-called "catholicity clauses" is complex and largely untested, but teachers should not be forced to sign labor contracts that violate human rights.

"If a school board used these clauses to justify discriminatory practices or disregard human rights, we could help, defend and protect the involved teachers as much as possible," the professional association of teachers said in a statement.

The union and professional association also noted that recent changes in the Alberta Schools Act affirm teachers' freedom from discrimination.

Barb Hamilton, a former teacher and director of the Catholic district of Calgary, announced last week that she was filing a human rights complaint. She claims she was forced to give up because of her sexual orientation.

"Catholic education is protected by the Constitution and I believe it served our province well.– David Eggen, Minister of Education

Eggen rejected suggestions that the controversy supports the idea that faith-based schools funded by public funds must be totally eliminated.

"Catholic education is protected by the Constitution and I believe it served our province well," he said.

But he added: "It is very good and good to be sure that you have statements of faith in the system, but you can not break the law.

"Our government believes that people can be protected regardless of who they love and what relationships they are."