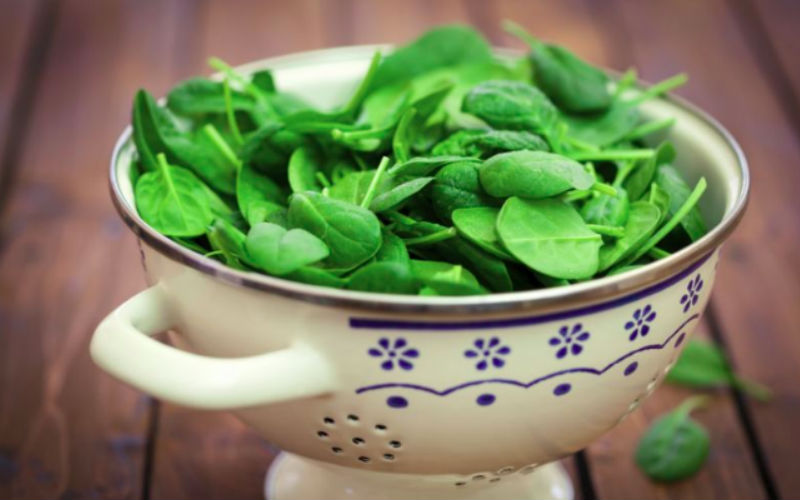 New European research has found that eating raw spinach in the form of a smoothie or juice is the best way to get the antioxidant lutein, especially when healthy fats are added to aid absorption.

Held by researchers at Linköping University in Sweden, the new study looked at different ways of preparing spinach to maximize the amount of lutein available after cooking.

Lutein is a natural fat-soluble pigment found in plants. Dark green vegetables contain particularly high levels. However, like many other nutrients, lutein levels are decreased by cooking.

Researchers have chosen to study spinach because it contains comparatively high levels of lutein and is one of the most popular dark green vegetables. To replicate how it is prepared at home, the team bought spinach in a supermarket and fried, steamed or boiled for up to 90 minutes, measuring the content of lutein at different times.

The results, published in the journal Food Chemistry, showed that heating times and cooking methods are important for lutein retention.

The more spinach is cooked, the less lutein it retains and when the spinach is fried at high temperature, a lot of lutein is lost after only two minutes.

"What's unique about this study is that we use preparation methods that are often used to cook food at home, and we compare various temperatures and warm-up times. We also investigate preparation methods in which spinach is eaten cold, as in salads and smoothies, "said study author Lena Jonasson.

The team also looked at the effect of reheating the spinach in a microwave as part of a packed lunch, a common practice. They found that microwave heating seemed to partially offset the earlier cooking method, with more lutein released from the spinach and made available to the body as the plant structure is broken down by the microwave.

However, the researchers concluded that it is better to eat raw spinach.

"It's best not to heat the spinach. And even better is to make a smoothie and add fat to dairy products like cream, milk or yogurt. When spinach is chopped into small pieces, more lutein is released from the leaves, and fat increases the solubility of lutein in the fluid, "said Rosanna Chung, lead author of the study.

In a previous study, the team found that lutein can reduce inflammation in the immune system cells of patients with coronary artery disease. Low-grade chronic inflammation is linked to an increased risk of heart attack.

They also showed that lutein can be stored in the cells of the immune system, which means that it is possible to build up a pool of lutein within your body.