A single indigenous pipeline property would be "revolutionary": Jason Kenney 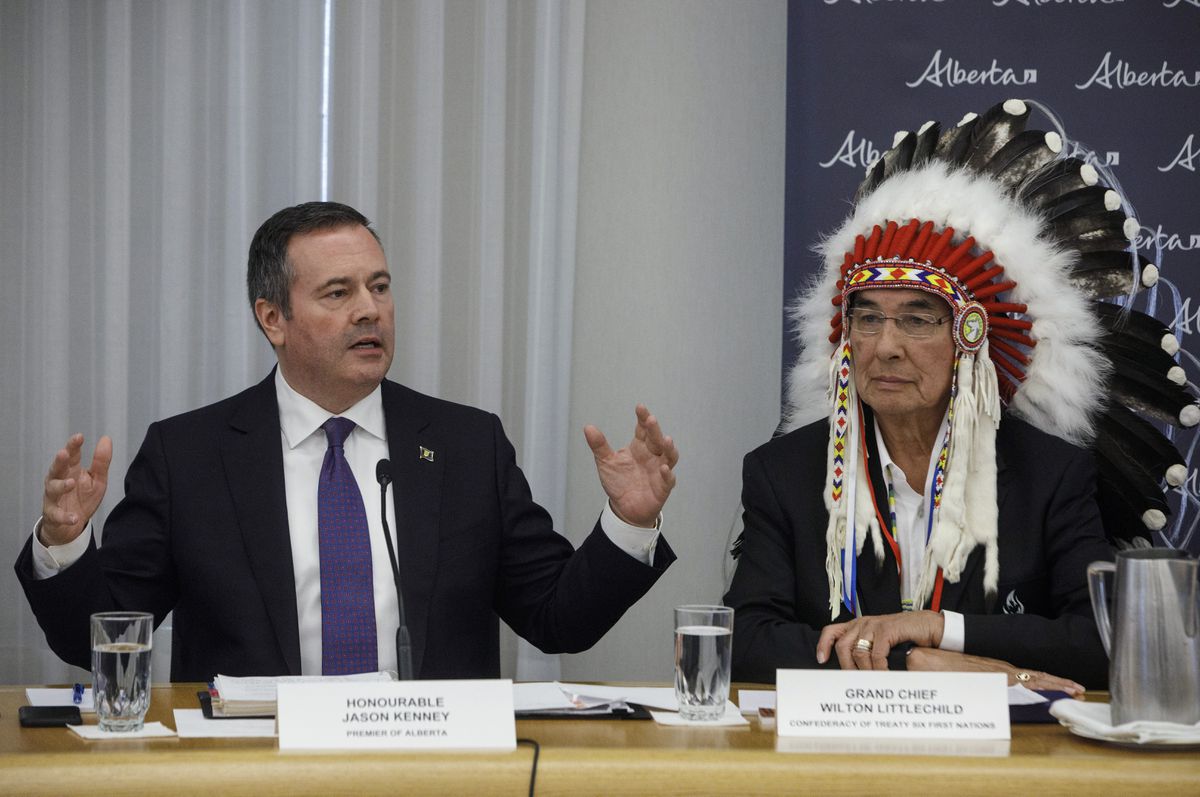 Alberta Prime Minister Jason Kenney said he hoped that the growing number of First Nations-led proposals to buy the Trans Mountain pipeline would come together under a single banner, which he said would be a "watershed" for the obstacles faced by the expansion project.

Kenney met with First Nations leaders on Monday to present the government's proposal for a Crown corporation to facilitate indigenous ownership of gas pipelines and other major energy projects before the deadline for the federal government to approve the Trans project Mountain.

The United Conservative government plans to create the Indigenous Opportunities Corp. this fall with $ 1 billion in loan guarantees and other funding as part of a plan to raise the voices of First Nations communities who support Trans Mountain's paralyzed expansion. Several indigenous organizations, including Project Reconciliation and the Iron Coalition, have been setting up proposals and seeking funding to make bids for part of the pipeline.

"Whether it's the Iron Coalition or Project Reconciliation, or the other projects, we encourage them in their efforts, but we hope they can come to some kind of consortium so we do not have to pick winners or losers," Kenney said after a meeting with several First Nations leaders from Alberta in Edmonton.

Kenney argued that the debate over Trans Mountain has been dominated by what he describes as a small minority of First Nations opposing the project, particularly in British Columbia, which used the courts to block it. Last year, the Federal Court of Appeal overturned the approval of the Ottawa pipeline, in part because of inadequate consultation of indigenous people.

The federal cabinet faces a deadline next week to decide whether to issue a new approval for the expansion, which would triple the pipeline capacity between the Alberta tar sands and the Vancouver region. The government bought the existing pipeline last year for $ 4.5 billion, after the courts contest the expansion of First Nations and environmentalists.

Kenney said indigenous ownership would turn the debate around.

"I think this is a watershed," he said.

"There are a lot of First Nations out there in British Columbia, for example, that would support projects like this if they felt they had a significant economic stake in it."

The latest proposal of First Nations to emerge is the Iron Coalition, which last week announced plans to invite all Alberta First Nation and Métis communities to participate in a plan to buy a stake in Trans Mountain. The group, led by three First Nations chiefs and the president of a Métis Northeastern community, said it had not yet finalized the size of the stake it wanted or how the funding would be structured.

Project Reconciliation has been working for months to gain support for its proposed 51% purchase of Trans Mountain, inviting all First Nations communities in the three western provinces to participate. He plans to issue a syndicated debt, backed by freight contracts, to finance the acquisition.

He agreed with Kenney that the proposals of the First Nations would be stronger if they united.

"We're trying to figure out: what's going to bring people to the side," he said in an interview. "Let's go there as a collective instead of the government deciding who it should be."

First Nations Leaders in BC Those opposed to the Trans Mountain expansion rejected the suggestion that indigenous ownership would change their view of the project, which they said would pose serious risks to the environment and its traditional territories, regardless of who possessed.

Wapass said First Nations communities who are concerned about the impact of the Trans Mountain pipeline would have much more to say about how the expansion will continue, and what protections will be put in place if they are owned by it.

First Nations in B.C. and elsewhere will soon realize that 51% ownership means we are in the driver's seat. "