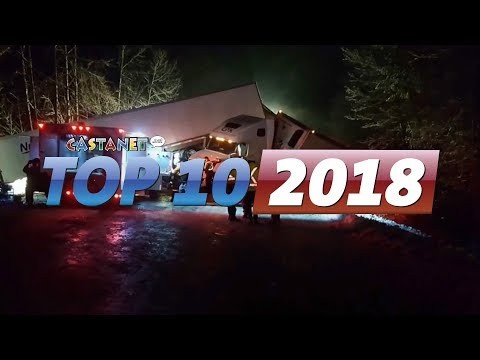 Castanet is telling the top stories of 2018.

We will tell the number 1 story of the year on December 31 and publish the journalist on New Year's Day.

The winter of 2018 was particularly bad for drivers driving – or trying to drive – the Coquihalla Highway.

Snow in the mountains is nothing new in B.C., but a one-week stretch last February was like the worst episode of Highway Through Hell, with several failures and closures.

A major accident involving two buses and several semis forced the highway to be closed for seven hours on February 25 – and that was just one of more than 20 stops last winter, most in a decade.

The snow started early and fell frequently. Things got so bad that the province took measures to ensure better security in Coq.

According to the Ministry of Transportation and Infrastructure, last winter 33 of the 35 prolonged closures at Coquihalla involved commercial vehicles, and in most cases this was due to truck drivers or poorly installing chains or not using them at all.

All commercial vehicles are now restricted to the center and right lanes in both directions on Snowshed Hill, between Box Canyon and Zopkios, starting this fall. The idea is to keep the left lane further away for snow machines and emergency vehicles in the event of a collision, as well as to maintain the overall flow of traffic if the trucks slow down.

He said that Snowshed Hill is "often where you are going from the rain of the Lower Mainland to the snow of the Interior, then you reach the steepest hill in the worst possible conditions."

The ministry has also implemented several measures to improve road safety and reliability and reduce closures, including:

This winter, the ministry reminds travelers that they are prepared before leaving and make sure your vehicle has winter tires and a recent maintenance check, filling the windshield washer and gas tank, stocking a survival kit in winter and clean all ice and snow from wipers, mirrors, hood and ceiling.

Check DriveBC and Castanet for the latest alerts and always drive according to conditions. 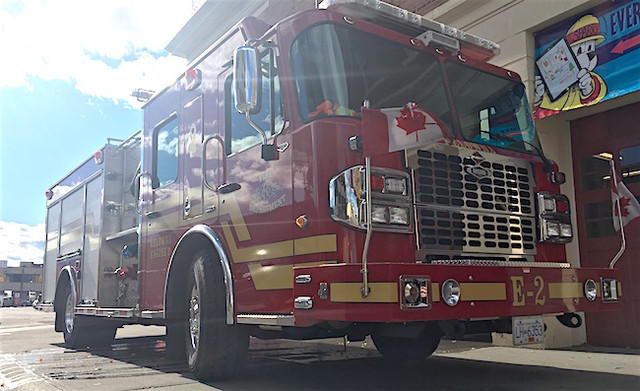 A pot left burning on a stove caused minor damage to an apartment in downtown Kelowna on Christmas Eve.

Firefighters responded to alarms at 540 Rosemead Ave. around 4:30 p.m.

The smoke was filling the four-story apartment building, and the teams forced entry into an apartment on the fourth floor to find a pot that had been left on the stove.

There were no injuries, and the occupant of the apartment was not home at the time. 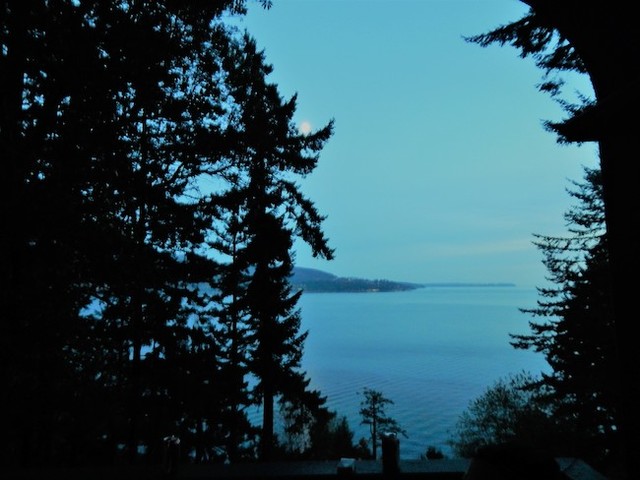 The full moon at the end of the year is dwindling.

It was a great week for the lunar cycle with the winter solstice falling on December 21 at 4:23 p.m. Central Standard Time followed by full moon on December 22 at 11:49 CST.

The last time the December solstice and full moon happened less than a day apart was in 2010, and the next time will not be until 2029.

This last full moon in December counts as the third closest – and therefore the third largest – of the 13 full moons this year.

The moon appears full in the eyes for two to three nights. However, astronomers consider the moon as full at a precisely defined instant: when the moon is exactly 180 degrees in front of the sun.

In North America, the full December moon is called Long Night Moon, Cold Moon or Moon Before Yule. In the southern hemisphere, where it is summer now, the names for this full moon include Strawberry Moon, Honeymoon and Pink Moon.

As seen from the northern hemisphere, the December full moon mimics the high sun path of the June summer solstice. That's because the sun is so far south now, and because, in the vicinity of the full moon, the moon rises and sets practically in front of the sun. Therefore, this full moon of December 2018 rises and sets to the north of the east and west, as the sun does on the solstice of June.

Tonight, Christmas Eve, the waning and waning moon – just after the full moon of the solstice – passes south to the two brightest stars in the constellation of Gemini. These two stars are remarkable for being bright and close to each other. In the folklore of the sky, they represent the starry eyes of the twin brothers. One star is Castor and the other is Pollux. On these nights, the moon is also passing north of Procyon, the Star of the Little Dog.

On the next two nights – December 25 and 26, 2018 – you can see the moon and Regulus, the Royal Star, rising above your eastern horizon before bed. Or you can get up before dawn to see the waning moon and Regulus much higher in the sky. 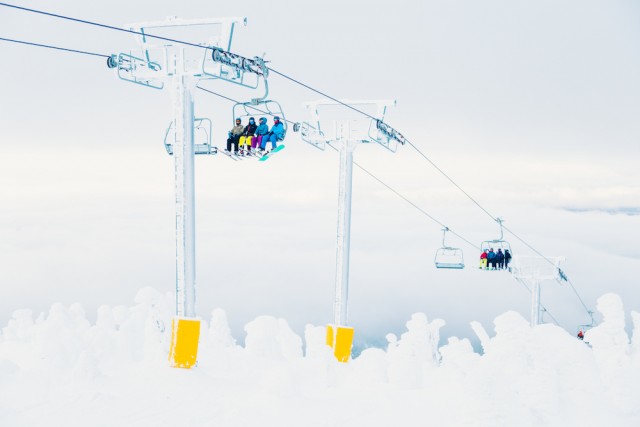 The Gem Lake lift at Big White opens on December 26.

Big White received exactly what they ordered for Christmas this year.

Michael J. Ballingall tells Castanet: "We get those little drops of snow, a few inches here and a few inches there and this gives our teams enough to work in. We've had our teams in the last two weeks and our ski patrol with hand blades getting everything ready. "

Ballingall says Big White will at full capacity from tonight's Christmas eve, so it's really good news the Gem Express Lake lift will be open on Boxing Day, December 26. This means that the heating hut and the parking lot on the western ridge will also be open. Ballingall says there will also be limited openings.

"The West Ridge really is the bow on the ribbon at Big White.It is an area where locals like to get off, there are 2,500 vertical feet – this lift is 8,000 feet long.Then we have always said that this is like helicopter skiing the price of a cable car ticket. "

Castanet is telling the top stories of 2018.

We will tell the number 1 story of the year on December 31 and publish the journalist on New Year's Day.

While the spring of 2017 in the Okanagan could be described as the year of the floods, 2018 brought landslides and landslides up and down the valley.

One of the hardest hit areas was Joe Rich, where no less than three landslides had wreaked havoc on the villagers.

A landslide in the early morning hours of April 17 forced the closure of a 23-kilometer stretch of Highway 33, east of Kelowna.

The route was completely closed for several days before opening for single-lane traffic. It did not completely reopen until June 8, creating huge traffic lines and frustration for travelers.

While cleaning work was being done, two other roads in the area were also hit by landslides.

On May 10, part of Huckleberry Road suffered the same fate. And, two days later, a section of Philpott Road was also faded.

Eight properties in Philpott were evacuated for two days due to the risk of a bridge being washed.

A driver told Castanet that the hole in the gravel road was about one meter deep.

On Okanagan Lake, a local state of emergency was declared on 12 properties in the Killiney Beach area due to the instability of the slope. The properties were all evacuated after a landslide hit part of Westside Road.

The villagers were allowed back five days later.

In Southern Okanagan, a landslide on Highway 3A dropped about 9,000 cubic meters of material on the road on April 13. The highway was closed for several days for cleaning.

Work to repair the damage did not begin until early October.

Many landslides and landslides were attributed to the melting snow of spring. 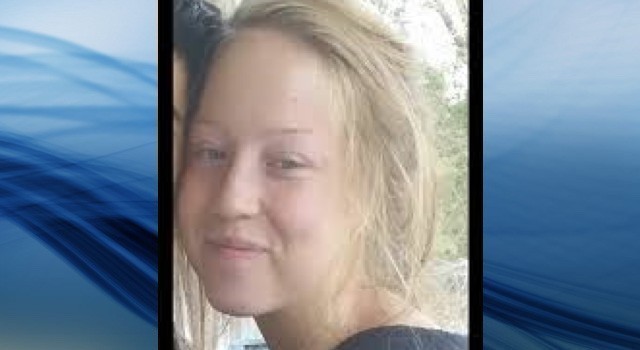 Kelowna RCMP thanks the public for their assistance.

A Kelowna teenager has been missing for more than 24 hours.

Kelowna RCMP is asking the public to help locate a missing 18-year-old Aislynn Hanson, who was seen last Saturday morning.

Since then, police have followed several leads, however, she is still missing.

Aislynn's family reported that she takes a ride and is known to travel long distances and may seem confused.

There is nothing to indicate missing at this time, however, the family of Aislynn, his friends and the RCMP are very worried about his health and well-being.

The teenager is described as a Caucasian, 18 years old, with about 5-foot-5, with blond hair.

Anyone with information about Hanson's whereabouts should contact the local police or remain anonymous by calling Crime Stoppers at 1-800-222-8477 or leaving a tip online at www.crimestoppers.net

Santa Claus enjoyed some time on Okanagan Lake before leaving to travel the world.

The old man went for a water skiing on Saturday morning at Downtown Kelowna Marina.

Santa says that this mild winter weather made him want to take one last swim in the lake before a few days of extremely hard work.

You can see old Saint Nich around the Okanagan by tomorrow night when he has to go back to the North Pole to fill his sleigh with gifts for boys and girls around the world. 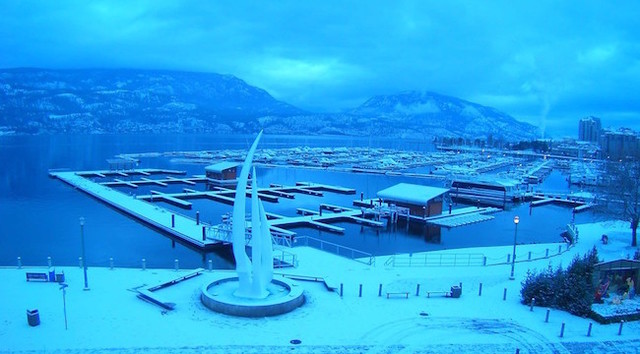 Okanagan residents woke up with a bit of snow in most of the valley on Sunday.

And with a 40 percent chance of more bursts today, time has many wondering, will it be a white Christmas?

Residents of Kelowna and Vernon woke up with a bier of white material, but Penticton avoided the blizzard during the night.

Today's forecast requires a high of 1 C and low today of -3. Monday and Tuesday must hover around the freezing mark, which means any new snow today could get close by for Christmas.

But it's been 30 years since the Okanagan has seen such a mild climate at Christmas, according to Environment Canada.

"If it gets cold enough and we get some snow at night, we might be lucky enough to wake up with a bit of whiteness on the grass early in the morning," said meteorologist Doug Lundquist this week.

Still, he attributed the chances of a white Christmas to 50/50 at best. 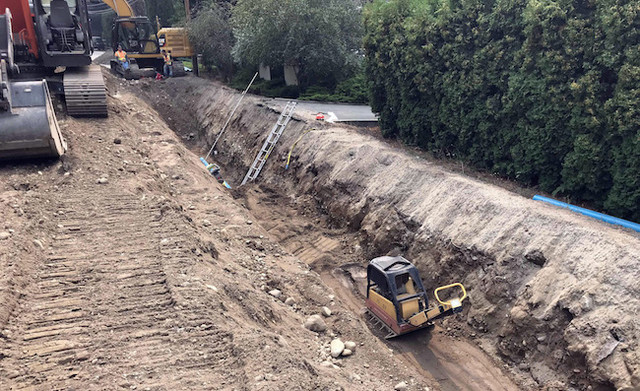 The first residents of south-east Kelowna were connected to the city's water service this week.

About a dozen homes in the Crawford Road area were the first to be connected to the expanded urban service as part of the Kelowna Integrated Water project.

"We can finally drink the water directly from the tap," said resident John Del Medico. "We waited a long time and now the water is perfect, ready to go."

It will be at least a year before more Southeast Kelowna residents are connected to the city's water system.

"While we could connect these first homes because they were so close to existing dealerships in the city, connecting other homes to the new system will take a little longer," said project manager Patrick Aylard.

These connections are expected for 2020, once the construction of new water facilities and facilities is complete.

Substantial paving work was completed on some of the roads where new water networks were installed. Work is in progress to build a new water reservoir and pumping station on Jean Road as well as complete upgrades for the Stellar and Lower Crawford pumping stations.

Construction of the Jean and Stellar facilities is expected to be completed by the end of 2019.

Phase 1 of the Integrated Water Project is budgeted at $ 86 million, with $ 43.9 million in provincial and federal donations. It will bring clean water to more than 2,000 homes and a sustainable water supply for agriculture in the South Mission.