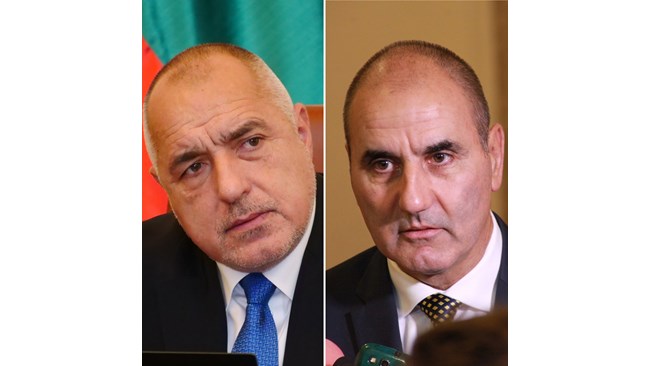 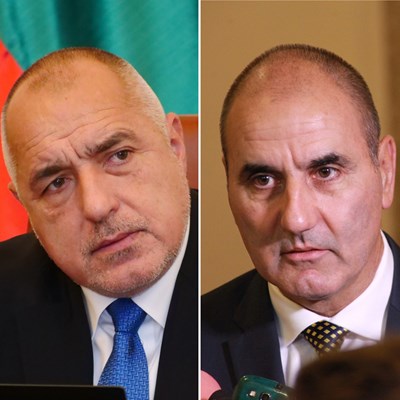 In addition to GERB and all parties, they remained silent in the expectation of a division

The war between Boyko Borisov and Tsvetan Tsvetanov may explode on Wednesday at noon.

Neither side of the country indicates 96 hours ago what the GERB leader proposed for his right hand and what the second person in the group responded to after the scandalous apartment scandal. Instead, televisions fill up with leftist players like Valeria Veleva and Armand Babikian, who explain what Boyko Borisov really means and what Tsvetan Tsvetanov will do.

In hours, it will be understood. It is not yet clear whether the two will see each other, or the talk about "apartment damage" will be before the GERB Executive Committee.

is one of the directions. It was hinted at by Web sites who lied that a meeting of Borisov's most important party committee was on Monday, and even indicated that only one of its members, Plamen Nunev, supported Tsvetan Tsvetanov.

In the committee, besides Yordanka Fandakova and Dimitar Nikolov, parliamentarians Krasimir Velchev, Menda Stoyanova and Daniela Daritkova are also members. As you can see, none of them talk about it.

Tsvetan Tsvetanov can refuse the offer. Boyko Borisov can respond to you by removing the most important post – the party's.

People who have known each other for years expect Tsvetanov to swallow the insult of Boyko Borissov's lack of public support. They may be wrong. The prime minister will not forgive Tsvetanov for having involved him in a series of property scandals. Even if it is legal and transparent.

The truth is that Tsvetanov knows perfectly who his master is. He was never named by Boyko Borissov before. According to the positions of its leader, the address was "Mr. General", "Mr. Mayor", "Mr. Prime Minister". At the Washington Security Conference in Washington, Tsvetanov gave himself enough time to make his own decision. He has patience to build the GERB party, to realize the structures, but he is probably aware that this political power without Boyko Borisov and Tsvetan Tsvetanov will fall in the first elections. And they are only two months away on May 26.

If there is a war between the two, the state will enter into a political crisis that is likely to be long and tortuous, wrote "24 hours" on Tuesday. Tsvetanov is unlikely to realize how important he is to withdraw.

In the last 24 hours there is

They say they both told their friends and foes in those 96 hours.

On Tuesday morning, Todor Todorov, the district coordinator of the GERB in Silistra, released the following post on facebook: "Dear friends on Facebook, I abstained from sharing my opinion on the subject, but because Bulgaria starts from Silistra and does not It's time for friends of the GERB structures to express my support to all involved in the so-called apartment scandal. Protect some people decent people with whom we have worked together for 12 years. ONLY GERB, along with Borisov and Tsvetanov, FOREVER! "

This post was indicative of the mood change in the ruling party.

Among the GERB deputies there was anxiety about how the quorum without Tsvetanov will be held in parliament, who travels daily to parliamentary groups and convinces them to enter the hall to begin the meeting.

The question would be whether Parliament could continue to function normally and whether the government would not resign or withdraw before the European elections. Because if this happens, there must be another election – this summer, which will distract many voters and lead to demotivation. If the government falls after the European elections, no matter what the outcome, one can think of a realistic prospect of a 2-in-1 local election.